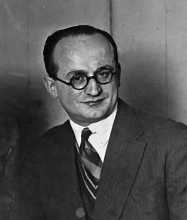 As an active member of the Société Coloniale des Artistes Français (Colonial Society of French Artists) he made several trips to Africa during the 1920s and 30s, and won two major Africa-related prizes – for French West Africa and for French Equatorial Africa. This interest in Africa continued throughout his life, and in 1947 he illustrated the first African novel to win the prestigious Prix Goncourt, French Guyanese poet and novelist René Maran’s semi-autobiographical Batouala.

In 1928 he married Marie Monnier, an accomplished artist and embroiderer who when they first met was the mistress of poet and author Léon-Paul Fargue. Marie was the sister of Adrienne Monnier, the first woman in Paris to open her own bookshop at La Maison des Amis des Livres, and who with her American lover Sylvia Beach ran the famous Paris-based Shakespeare and Company English-language bookshop, still in existence today. These literary and publishing connections kept the Bécats very much at the heart of the French artistic scene.