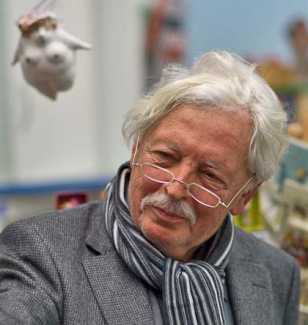 Eroticism consists of slow, subtle detours. Immediacy is its enemy. Sexual desire that is sated in seconds will never be more than animalistic.

In most pornography, sexuality is only displayed in its genitally-fixated, aggressive form. Against the background of gender-specific social criticism, women tend to appear in pornography only in relation to the man who defines them. The phallus, a symbol of fertility and creativity in ancient times, becomes a signifier only of male dominance. The vagina becomes little more than a space to be occupied by a penis, rather than the source of life and sensual energy.

Eroticism and sexuality today are often met by a sea of hostility. Rather than an exploration of shared desire and pleasure, sex tends to have become akin to a health-promoting sport. When it is seen purely as functional, coitus kills desire. For anyone who is interested in the full range of intimate human experience, this is a disturbing trend which continually needs to be challenged.

If you had to choose just six pieces of art that are your absolute favourites, which would they be?

This is so difficult for me! Otto Schoff is also one of my favourites, and the talented hand of Otto Rudolf Schatz — and I wouldn‘t want to miss out Leo Putz, or the old Lithographies Romantiques … It’s an unfair question!

With all your years of thinking about it, how would you now define ‘erotica’?

Eroticism is a long-haul phenomenon. It loves the detour rather than the direct route to its goal. It thrives on everything that goes beyond the immediate satisfaction of instincts, like the slow untying of a corset or the longing look. So it may be that a foot fetishist, a lover of corsets, and many others who we might call ‘perverts’, have a better sense of the erotic than those who head straight for their goal of satisfaction. Art is an indirect stimulus – it appeals first to the eye, then to the mind, and then – and only maybe – manifests in physical arousal.