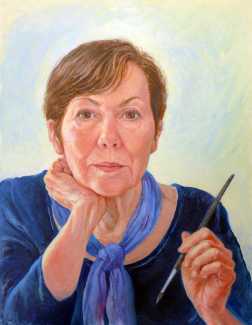 What strikes me, looking at those women artists, is how stylised and decorative most of their work is. They remind me of the naughtiness of Aubrey Beardsley’s drawings. Fini’s figures are often strange and distant, like masked figures at a Venetian ball; I’m not sure I see much personal involvement. Sometimes they have almost become abstractions. The first erotic artist who impressed me was Betty Dodson, whose approach is strikingly different. Her drawings have a powerful physicality. Her couples are clearly engrossed with each other, but not in a soft romantic way – the figures are fleshy and realistic. She seems to be saying, ‘this is me with my partner and we have nothing to hide’. Back in the seventies I had never seen that honesty before, and it was very refreshing.

That’s the benefit of reaching a mature age – you do get a good perspective on how things change over the years. In my youth women were ogled in top-shelf magazines, always with bosoms grotesquely exaggerated by pointy bras, their poses artificial and expressions kind of childish and mock-innocent. And in these magazines there were steamy stories that were supposedly written by women, but it was obvious that men had penned them. It was assumed that real females couldn’t participate in a celebration of erotic pleasure because we didn’t like that sort of thing and would have nothing to say on the subject. It was only our bodies that were required. This was a bizarre state of affairs, and I wanted to open it up and shine a light into the murk. That murk was in me too. I wanted to know more about myself and look at the taboo parts of my own nature, and to do that I had to leap in at the deep end.

That ties in with what we wrote in your honesterotica profile – ‘Most of Paula’s work reflects her personal journey of self-discovery in which her art intimately reflects, often in stark and painful detail, the experiences she needed in order to know at first hand the subjects that she illustrated. It was never enough merely to be interested or to use her considerable graphic skills to portray what she could imagine; she always needed to immerse herself in the explicit activities of whatever exploration or narrative she was concentrating on.’ From the perspective of twenty years on, how accurate do you think this is?

Well, it implies that I only needed the experiences in order to illustrate them, which is not quite the right way round. My original Story of O experiences happened long before I illustrated this theme. I only wanted to illustrate it in order to help me assimilate the experience. This is how any artist works. Those times were exceptional. I have clear recollections of almost bursting at the seams with energy and inspiration. If I had not been able to express it in drawing, I might have exploded!

There must be humanity and understanding – after all, everybody on this planet has a sex drive that seeks expression. We’re not just blow-up rubber dolls going through the motions. Every scene has emotion, and there are always relationships and power dynamics going on under the surface. Our own unique sexual signature is a key part of us.

Society’s ideas are changing at such a rate now! Up until the late fifties the dominant views about public morality had remained static for a very long time. Then, in the second half of the sixties some pretty radical things happened – homosexuality was decriminalised, censorship in theatre was relaxed, and reliable contraception was at last made available to all women and girls who needed it, with no questions asked. These were enormous steps, and it was as if we had suddenly removed a tight corset. But old habits stick around even after the corset is off. I remember a lot of resistance to change from the Mary Whitehouse brigade, but of course she couldn’t win. The internet was on its way.

In the last twenty years, with the new technology, radical ideas have been able to proliferate almost instantaneously, and they have branched out in ways I hadn’t anticipated. The underground movements that seemed so ground-breaking to us back in the eighties – fetish, SM, cross dressing and gender realignment – have come right out into the open. The majority of people now accept the principle that everyone is entitled to express their sexual identity, however unconventional it might be – and what’s more, their rights are now vigorously upheld.

At the same time, the interaction between more conventional heterosexual people is being scrutinised and judged in the workplace like never before. Our greater awareness of individuality and human rights means we are now hypersensitive to the power politics between men and women, sometimes to an absurd degree. Every physical contact, gesture or bantering remark from a man is now studied under the microscope in case there was an intention to insult or take advantage. The wrath of the Furies has been unleashed! No one can be surprised – there have been centuries of undervaluing women and it won’t all go away overnight – but at the same time we must be careful not to go to the other extreme and lose all our spontaneity and sense of pleasure when we are associating with the opposite sex. Resentment is not a helpful emotion.

I find it difficult to fathom my own feelings on this subject. Considering the areas I have worked in, you might expect me to shudder and complain about the exploitation, but in fact there’s not a shred of resentment in me against men at all, and it would be dishonest of me to start complaining now, when I positively embraced the experiences I had. Man or woman, we’re all in this together; we must find solutions together and not allow ourselves to become polarised.

The whole issue of gender is undergoing a profound reinvention. I first became aware of this a few years ago when discussing the ideas of the psychologist Carl Jung with a young woman. We were talking about the concepts of anima and animus, and of course the words masculine and feminine came up. My young friend said, rather dismissively, ‘Of course, Jung was writing in an earlier era – we don’t attribute those same meanings to “masculine” and “feminine” now. We know there isn’t that distinction between genders.’ I was flabbergasted. She seemed to believe that those fundamental concepts were now totally defunct.

Of course, I knew what she meant – that we now see men and women as ‘people’ who simply happen to have been born with bodies that are adapted for different functions. It’s true, we no longer see the two genders occupying rigidly separate compartments, with specific interests and capabilities, and no one person ever embodies the quintessence of one gender in its purest sense. Just as well – they would be dangerously unbalanced if they did! We now know that both genders contain elements of the opposite to differing degrees.

At the extreme end of this desire to do away with gender is the notion of ‘non-binary’. From what I can gather, this is not the same as androgynous, but more a sense of being neutral, and non-gendered. That’s fine if it feels right for some people, but regardless of how we view ourselves, the words ‘male’ and ‘female’ still have specific meanings. They represent two polarities that are complementary to each other, as in the ancient Chinese yin and yang symbol. You can’t just do away with concepts just because they’ve been misunderstood or wrongly applied.

In Paula’s final piece she’ll be talking about how her ideas have changed over the last couple of decades, whether maturity has brought wisdom and perspective, and what she is working on now. Look out for it!