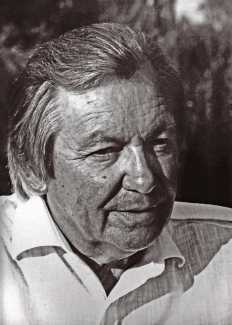 The French artist Camille Hilaire was best known as a painter in a bold colourful style which owed much to cubism and modernism while maintaining his own distinctive vision. His nudes are remarkable, framed with simple curves set in a context in which their sensuality and grace are paramount. In his landscapes Hilaire could express structure through carefully drawn curves and bold planes of bright colour. In his lithographs and tapestries his experience as a graphic designer is clear, drawing attention by virtue of their creative power and technical execution.

He studied at the École des Beaux-Arts in Paris under the tutelage of the cubist artist André Lhote, with whom he became friends and then his assistant. He was then appointed professor of Beaux-Arts in Nancy, where he taught from 1947 to 1958, and then lived and taught in Paris until 1968. He was married twice, first in 1934 to Anne-Marie Reslinger, with whom he had a daughter, Jeannine; this relationship did not last his wartime experiences. In 1942 he married Simone Jance, a fellow student of art, with whom he had four children, Christiane, Pascale, Claude (a painter known as Hastaire), and Florence (a painter and sculptor with the pseudonym Cantié-Kramer).

In addition to six albums of lithographs mostly of scenery, Camille Hilaire illustrated one of the volumes of Pierre Louÿs’ collected works, and a portfolio of short narratives and lithographs entitled Femmes, both of which are shown here.

Camille Hilaire wrote little about the way he worked, but in a text to accompany one of the few self-portraits he made he wrote ‘A painter is a researcher at every moment of his life – every moment – as long as he has his eyes open. When he sees a naked body, or two bodies entwined, it is no longer an embrace for him, it is no longer a means of easy excitement. It is a tangle of sublime curves, it is the fireworks of creation, of the earthly paradise.’

The official Camille Hilaire website, with links to paintings, drawings, illustrations, writings, exhibitions and much more can be found here  (in French).