Lilian Gourari is a mystery, one of the accomplished French illustrators who has left almost no autobiographical trace beyond the few books which bear her name. Even then the variant spellings of her name – Lilian/Liliane, Gourari/Gourary/Gurari – make it even harder to put together what little we know of her.

Gourari/Gurari/el Gourari/Gourarij is a Ukrainian Jewish family name, so Lilian Gourari, who was born and died in Nice in southern France and whose baptismal name was Liliane, was almost certainly Jewish, which would have made life hard during the Second World War, though easier in the Vichy south than in the German Occupied Zone. 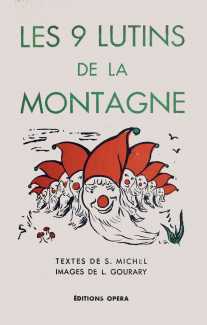 As far as we know, Lilian Gourari illustrated just three books, two children’s books for Éditions Opera in 1945 and 1946, and the Sade in 1947; this would make her in her mid-twenties when she was active as an illustrator. The children’s books, Les neuf lutins de la montagne, ou la légende des ondes (The Nine Elves of the Mountain, or The Legend of the Waves), written by Simmone Michel, and Il était une bergère (There Was Once a Shepherdess), written by Paul Mourousy, are both well-produced colour hardbacks, appearing at a time when new children’s books were relatively hard to come by. For both she used the spelling ‘Gourary’. 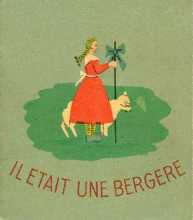 Whether the Sade commission was her idea or the publisher’s we shall never know; it is certainly very different in content from innocent elves and shepherdesses, and it is also very different from the publisher’s other output, Éditions du Globe being mostly known as a publisher of translated crime fiction. However it came about, it provides a fascinating artistic insight into one of the Marquis de Sade’s best-known works by a young female illustrator.