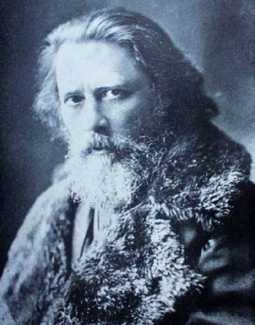 Mihály Zichy is best known as one of the chief artists of the Hungarian romantic period, having studied at the Hungarian Academy of Painting (Magyar Festészeti Akadémiát) under its founder, Jakab Marastoni, and then at the Academy of Fine Arts in Vienna under the Biedermeier painter and teacher Ferdinand Georg Waldmüller. In 1847 he went to St Petersburg to take up a post as drawing teacher to the Grand Duchess Helene, but when the Russian army, in alliance with Austria, sent forces to put down the Hungarian independence movement, he returned to Budapest to support Hungarian nationhood. This was a period in which he created his most famous paintings, ‘The Sirens’ Cycle’, ‘Hour of the Dead’, ‘Falling Stars’, ‘Auto-da-fé’ and ‘The Dominion of Wine’. He also became increasingly active as an illustrator of works by Byron, Lermontov, Madách, Petöfi and Johann Arany.

In 1856 Czar Alexander II appointed him to the post of court painter, in which capacity he executed many portraits. In the 1860s he went first to Paris and then to Budapest with the hope of successfully continuing his career, but by then the market for his large romantic paintings had disappeared; he returned to Russia and the Czarist court in 1882, and died in St Petersburg.

Alongside his paintings, however, he had also been maintaining a portfolio of drawings portraying intimate scenes of ordinary people enjoying sexual and sensual intimacy, a portfolio which was only made public after his death. They appear mostly to date from the 1870s, when he was in Paris, and are clearly drawn from life; they have a particular warm intensity in which the individuals portrayed are clearly enjoying themselves and each other. More than fifty of these drawings are known, and prints made from them circulated widely during the early 1900s.