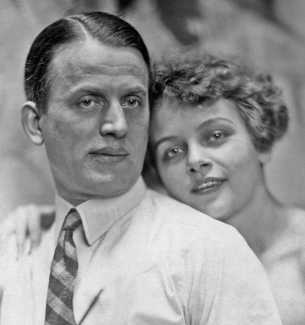 Otto Schoff, one of the most creative and imaginative artists of the 1920s, was born and grew up in Bremen on the north German coast. On the recommendation of Gustav Pauli, the director of the Kunsthalle Bremen, when he left school Schoff was admitted to the Kunstgewerbeschule, the art school connected with the city‘s art gallery. He continued his education in Frankfurt-am-Main and Darmstadt, and for a year in 1910–11 was a student of Emil Orlik at the Unterrichtsanstalt des Kunstgewerbemuseums in Berlin. During this period Schoff earned his living mostly creating designs for glass paintings. In 1913–14 a grant from the City of Bremen enabled him to visit Paris with fellow artists George Grosz and Herbert Fiedler; while he was there he attended classes at the Académie Colarossi. Shortly after returning from Paris, he had his first exhibition at the Graphisches Kabinett J.B. Neumann in Berlin.

During the 1914–18 war Schoff was on active service, but he continued to draw and paint, and drawings and watercolours by him were published in German magazines. Suffering from poisoned gas and a period in a field hospital, he returned to Berlin in 1918.

Two of the most important established Berlin art publishers and gallery owners of the period, Gurlitt and Flechtheim, thought highly of Schoff’s work, and Wolfgang Gurlitt in particular was instrumental to Otto Schoff’s success. Wolfgang was the grandson of the painter Louis Gurlitt, and son of the art dealer Fritz Gurlitt, founder of the Fritz Gurlitt Gallery, which he had taken over in 1907 and reopened in 1918 after the war. A friend of Alfred Kubin and Oskar Kokoschka, he was one of the first gallery owners in Germany to exhibit the work of artists such as Lovis Corinth, Leon Dabo, Henri Matisse, Max Slevogt – and Otto Schoff. 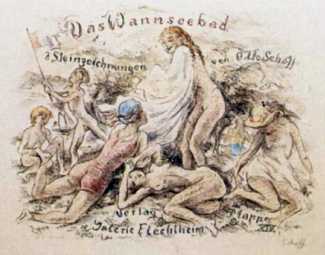 Although Hermann Göring collected works by Schoff, from 1935 onwards the artist was subjected to increasing reprisals. He was prohibited from painting, and was included on the Nazi list of ‘degenerate artists’. As a result, the Kunsthalle Bremen reputedly destroyed a depiction of a girl’s head by Schoff. On 3 July 1938, while his rooms were being searched by the Gestapo, Schoff suffered a heart attack. His fiancée, Ilse Thäns, took her own life shortly afterwards.