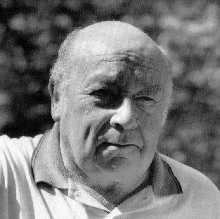 Pierre Letellier is best known as a landscape and animal painter, though his talents also extended to lithography, engraving, illustration and photography. He grew up in the French Normandy town of Caen and studied at the School of Fine Arts in Caen, where he was taught by Louis-Édouard Garrido. In the mid-seventies he left France to settle in Switzerland, returning to France twenty years later, but always felt most at home in and around Caen. His book illustration work includes a bestiary, a series of illustrated ‘flâneries’ or ‘strolls around’ various Normandy towns, and novels by Jean Giono and Maurice Genevoix.

He illustrated just two books which went well beyond his usual repertoire – the Amores of Ovid, included here, and an edition of Pierre Louÿs’ Aphrodite included in the Éditions d’Ibis collected Louÿs in 1972. His Aphrodite illustrations, made from paintings, are rather tame and mediocre; maybe he knew that, and the Amores published a year later made up for it.