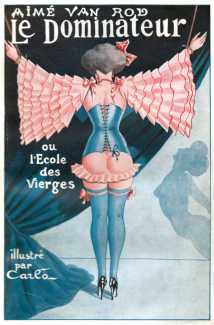 As well as having a rather attractive cover by Carlo, the copy of Le dominateur shown here has had the monochrome illustrations quite tastefully crayoned in by its purchaser to add colour to Carlo’s illustrations.