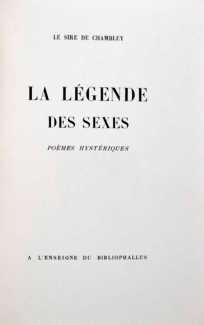 The Villa-illustrated Haraucourt was published at l’Enseigne du Bibliophallus (which speaks for itself), in a limited numbered edition of 210 copies.