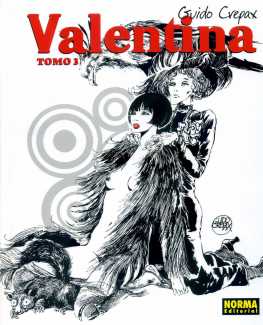 Baba Yaga is Valentina’s third big adventure, and one of the best known as in 1973 it was made into a film directed by Corrado Farina, starring Carroll Baker, Isabelle de Funès and George Eastman. Both book and film are about Valentina meeting a middle-aged seductress who calls herself Baba Yaga. She shows a sexual interest in Valentina and gives her a doll dressed in leather fetish wear. It is soon revealed that Baba Yaga has started to control Valentina through the doll. Baba Yaga (‘Grandmother Witch’) is well-known throughout Russia and Eastern Europe as a magic spell-worker, and Crepax’s story uses many of the tales and traits associated with her.

The making of the film based on Crepax’s comic was fraught with problems, misunderstandings and personal issues, which you can read all about here. Most critics panned the film, though when it first appeared on television a more generous critic wrote that it was ‘an exceptionally handsome example of 1970s Italian pop-exploitation film-making’, but thought that Caroll Baker was ‘physically wrong for the role; her elaborate lace-and-beribboned costumes sometimes make her look more like a fleshy Miss Havisham than a sleekly predatory sorceress’.

We have included thirty pages featuring among other props a doll, a cage and a corset, from the middle of the story in the Spanish edition, published by Norma, to demonstrate Crepax’s inventiveness and graphic skill.