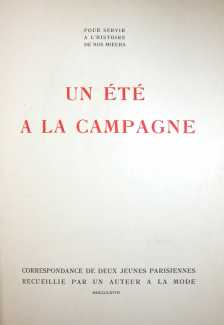 Un été à la campagne was privately published in Paris (no publisher’s name is given) in a limited numbered edition of 280 copies.