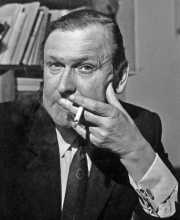 The influential and controversial publisher of erotica Eric Losfeld (1922–79) grew up in Belgium, and after serving in the Belgian army in the Second World War moved to Paris, where he met such important figures in publishing as François di Dio (1921–2005), the Sicilian-born founder of Soleil Noir, who published a fine edition of Sade’s Justine (1950) with a preface by Georges Bataille and a frontispiece by Hans Bellmer, and Jean d’Halluin (1923–2007), whose Éditions du Scorpion would become notorious for their extreme violence and sexuality. 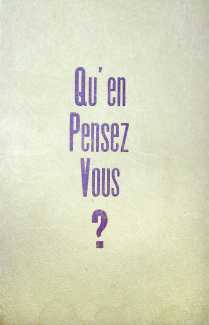 In 1951 Losfeld founded his first publishing house, Éditions Arcanes, and four years later, in May 1955, he opened his first bookshop on rue Cherche Midi which he called Le Terrain Vague, the French equivalent of his Flemish surname. In addition to Arcanes, his imprints included Éditions Chimères, Éditions Philéas-Fogg, and Éditions Le Terrain Vague. Starting with a novel entitled Cerise by ‘Xavier de Beauvoir’, he wrote much of his own material, often illustrating it with anonymous images lifted from pre-war titles and popular magazines. Thus it was that by 1958 he had amassed a considerable collection of imagery, which in this slim book Qu’en pensez-vous? (What Were You Thinking?) he put together in a textless volume for quick and easy income. We know nothing at all about who created these twenty-one images, but their simple naïve lines tell us much about the erotic imagination of the 1950s.

Losfeld continued to publish throughout the 1960s and 70s, including the controversial Emmanuelle and the popular Barbarella. The inscription on his tombstone appropriately reads ‘Tout ce qu'il éditait avait le souffle de la liberté’ (‘Everything he edited had the breath of freedom’).