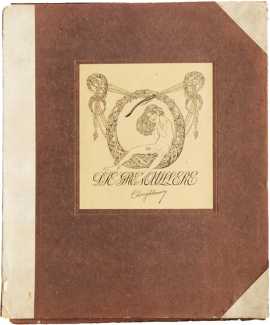 Lesbianism is the main theme here, with strap-ons and group sex the order of the day. Von Bayros’s imagination is matched by his artistic skill to create scenes which were almost guaranteed to attract the attention of official censorship, even in relatively liberal Munich.

The portfolio was produced in a limited numbered edition of 525 copies, 25 of which were signed by Bayros as ‘Choisy le Conin’.