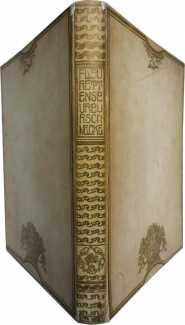 Fleurette is one of the chief protagonists of some of the poems, and her Purpurschnecke is Tyrian purple, an expensive dye – indicating her high status – made from the ground-up shells of the clam species Muricidae, mostly originating from the eastern Mediterranean and today almost extinct from over-fishing.

The engravings are notable for their honest depiction of genitalia and arousal, and of women (often older women with believably rotund bodies) enjoying themselves sexually; they must have been a welcome injection of reality and quite an education to the readership of the time.

The portfolio was produced in a limited numbered edition of 560 copies, including sixty which were individually signed by Franz von Bayros.