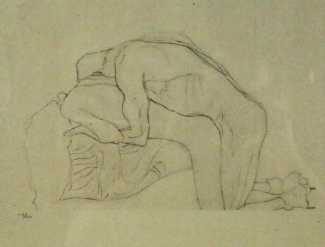 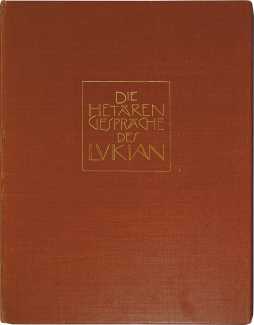 In 1907 the Leipzig publisher Julius Zeitler asked Gustav Klimt if he would be interested in providing illustrations to accompany a new German translation by Franz Blei of the Hetärengespräche. Klimt selected fifteen drawings from a series of studies he had undertaken in preparation of his two celebrated ‘Water Serpents’ paintings. The result was a handsome red-bound portfolio incorporating Klimt’s engravings and Blei’s translation.

Die Hetärengespräche des Lukian was published by Julius Zeitler in a numbered limited edition of 450 copies.