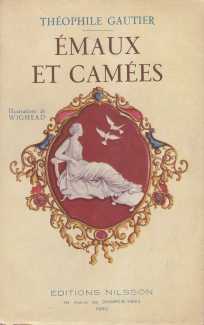 Of all the ‘Wighead’ illustrations, these rather crude colour reproductions seem out of place here, and we have only included them to show that the pseudonym was being used by the mainstream publisher Éditions Nilsson two years earlier than the first ‘Wighead’ fetish title. Though the ten illustrations of Émaux et camées (Enamels and Cameos) are quite competent, it is hard to believe that they are by the same hand as Les cruelles frénésies or Chair sanglée.

Romantic poet and author Théophile Gautier wrote the poetry collection Émaux et camées in the mid-nineteenth century. Originally published in 1852 with just eighteen poems, Émaux et camées grew to include 37 poems in later editions including this one. 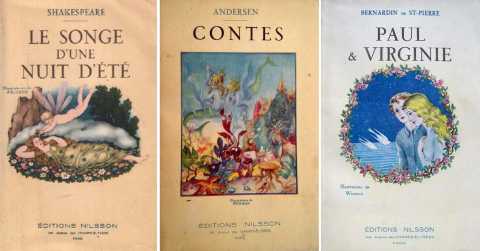