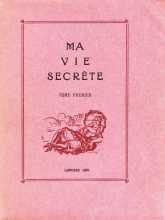 My Secret Life, by ‘Walter’, is a memoir describing the author’s sexual development and experiences in Victorian England. It was first published, at the author’s expense, in a private edition of eleven volumes which appeared over seven years beginning around 1888. 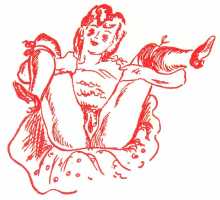 My Secret Life was pirated and reprinted in a number of abridged versions that were frequently suppressed for obscenity. In 1932, for example, a New York publisher was arrested for issuing the first three volumes. In the USA it was finally published without censorship in 1966 by Grove Press, but in 1969 a British printer, Arthur Dobson, was sentenced to two years in prison for producing a UK reprint. It was not until 1995 that the work in its entirety was published openly in the UK.

The first, abridged, French translation, Ma vie secrète, was published in 1923 in two volumes by Maurice Duflou. The edition illustrated by Louis Berthomme Saint-André is an expanded text, published by Marcel Seheur in three volumes in 1933. The full version of the English text was finally translated into French by Mathias Pauvert and published by Stock in 1994.