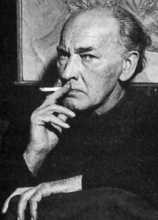 The iconoclastic surrealist German artist Hans Bellmer is best known for his sculptures, photographs and drawings of dolls, his personal response to paternal and state authority and to the cult of the perfect body then being espoused by mainstream German nationalism. But his creativity always followed many avenues and media, and among his many skills he was an excellent draughtsman and printmaker, a medium in which he reached his most creative – and in many ways most disturbing – period in postwar France, with portfolios including L’histoire de l’oeil (Story of the Eye), À Sade (For Sade), Madame Edwarda, and Petit traité de morale (Little Treatise on Morals). It is this late flowering of erotic printmaking we concentrate on here.

Bellmer’s often turbulent and difficult relationships, including a disastrous marriage in Germany shortly before he fled to France leaving behind his beloved twin daughters, had a profound effect both on his attitude to intimate relationships and on his art. In 1954 he met fellow German artist and collaborator Unica Zürn, who became his constant companion, but in 1969 Bellmer had a stroke that left him paralysed, and in 1970 Zürn committed suicide by jumping from the window of their Paris apartment; Bellmer is buried next to her in Paris’s Père Lachaise Cemetery.