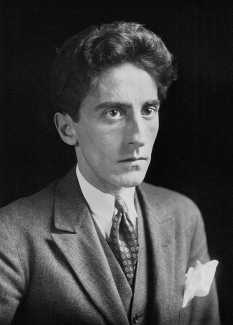 The famous (many would say infamous) French writer, designer, playwright, artist and filmmaker Jean Cocteau is probably best known for his films and for his novel Les enfants terribles, but here we concentrate on Cocteau as artist-illustrator, and specifically on the two semi-autobiographical books for which he produced carefully considered illustration portfolios – one now known to have been written by him, the other by his close friend.

Jean Cocteau’s talent was prodigious and precocious, his creativity and sensitivity sparked early by his father’s suicide when he was nine, his first important physical relationship with schoolmate Pierre Dargelos which would resurface throughout Cocteau’s oeuvre, and leaving home when he was just fifteen. By his late twenties he had already established important friendships with writers Marcel Proust and André Gide, theatre designer Léon Bakst, poet Guillaume Apollinaire, and artists Pablo Picasso and Amedeo Modigliani.

He was always drawing, mostly in pencil, and over the years produced many hundreds of sketches for himself and for his vast circle of friends, lovers and acquaintances. Many if not the majority of his drawings involved nudity, and he was fascinated by the human body, especially the male body. Whether Jean Cocteau is better described as gay or bisexual is open to interpretation; he had many intimate friends of both (and all) sexes, but his closest intimates were his men friends, by far the most important being the actor Jean Marais, who was his constant companion from when they met in 1937 until Cocteau’s death.

For more information about the important relationships in Jean Cocteau’s life, an excellent illustrated resource can be found on the homohistory website.