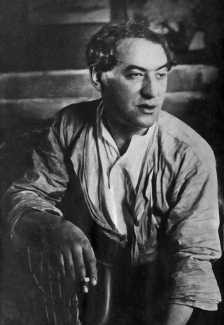 Bulgarian-born painter Julius Mordecai Pincas changed his name when he was twenty to Jules Pascin (pronounced ‘paskeen’) because his father objected to the family name being associated with the ‘decadent’ art his offspring was contributing to the satirical German magazine Simplicissimus. Jules responded by removing himself to Paris in 1905 to join the mass migration of artists to the city of artistic freedom. From then until his suicide at the age of forty-five (he suffered throughout his life from depression and associated alcoholism) he was always drawing and painting in a frenzy of creativity, a restlessness which extended to his intimate relationships, primarily with fellow artist Hermine David who he eventually married, but with several other lovers, including Norwegian painter Per Krohg’s wife Lucy.

And for the first time online we have added complete versions of Pascin’s two important works that were produced specifically in book or portfolio format, both tellingly after his death –  his landmark portfolio Erotikon, so rare that very few people have been fortunate to see these amazing etchings, and his playful Abécédaire des filles et de l’enfant chéri.