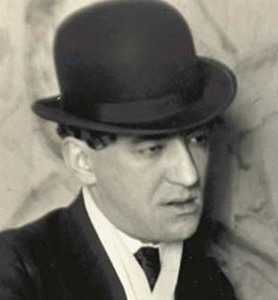 Pascin’s art was always inextricably linked with his sex life. Once established in Paris he was reputed to have 367 models – his wife Hermine and his mistress Lucy, as well as one concubine for each day of the year. One of his nicknames was ‘Le prince des trois monts’ (Prince of the Three Hills), his two favourite Paris locations, Montparnasse and Montmartre, plus the Mont de Vénus, the mons veneris or pubic mound.

In 1909 he met eighteen-year-old Cécile Vidil, who changed her first name to Lucy. She became a model for artists at the Matisse Academy. The Norwegian painter Per Krohg was studying there; he fell in love with Lucy and eventually married and had a son, the artist Guy Krohg. Lucy also sat for Pascin. Pascin married Hermine in 1918, during a period in New York while Pascin avoided serving in the Bulgrian army. On their return to France Pascin fell deeply in love with Lucy Krohg, who quite openly became his mistress, and Hermine and Lucy became friends.

This freedom in intimate relating is paralleled in the freedom and variety of Pascin’s art. He was eager to try different media, different techniques and different styles, and in his interactions with other artists had enormous scope for inspiration and cross-fertilisation. In these paintings and drawings it is possible to see influences from Cézanne and Toulouse-Lautrec, Daragnés and Klee, Kandinsky and Slevogt.