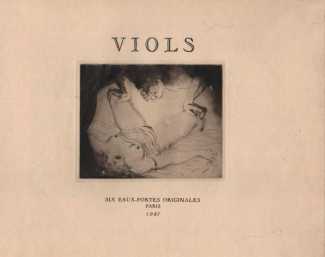 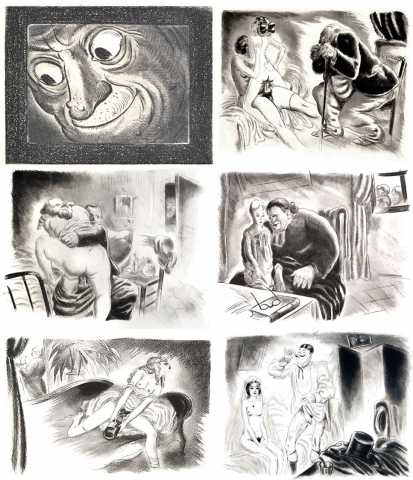 Shortly after Viols, Collot produced another limited edition set of prints entitled Les voyeurs, which needs no translation. Produced again in a tiny edition, this time of 210 copies, the portfolio of twelve plates explores the theme of being observed, usually without the participants knowing, in a range of different sexual settings.