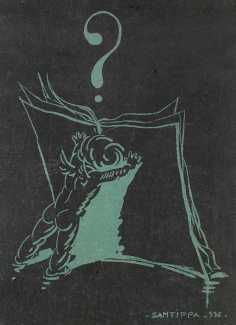 This, the third of the 1936 Santippa portfolios, is an enigma in a different way – the plates are all signed ‘Santippa 936’ (presumably for 1936), but the work’s title is a series of question marks, one on the black and dark green cover, and no fewer than four on what passes for a title page. 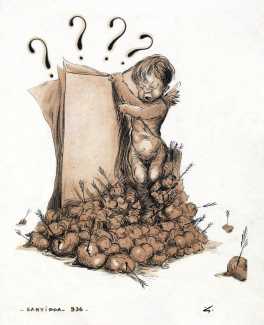