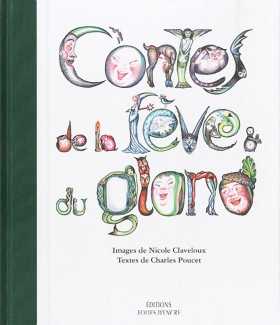 Contes de la fève et du gland (Tales of the Bean and the Acorn) is a collection of newly-adapted and newly-written but ancient-sounding tales, again written by Charles Poucet, here alias the Marquis de Carabas, all with an adult twist. Here are whale mermaids, libidinous giants, and vampires eager to mate with humans.

In addition to the colour illustrations, we have also included a selection of the preparatory sketches for some of the creatures that appear in the book.