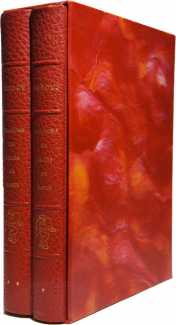 Here we have one of those French traditions which is almost impossible to understand in translation – chansons de salles de garde, literally ‘guardroom songs’ or ‘waiting room songs’. The first suggests soldiers with nothing to do but entertain themselves, the second adds a medical or hospital dimension, and this collection of verse probably has origins in both. Awaiting an uncertain future which may result in battle, pain, or even death requires a libertine outlook, where singing risqué songs seems like the best way to pass the time.

The Dubout-illustrated Chansons de salles de garde was published by Michèle Trinckvel in a limited numbered edition of 5,000 copies, of which 460 included an additional set of plates and forty of these an original watercolour.