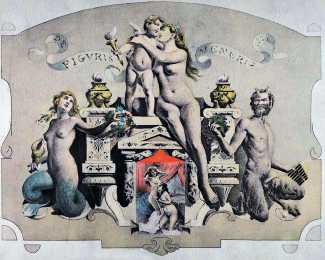 The Avril-illustrated edition of De Figuris Veneris was published by Charles Hirsch in a limited numbered edition of 500 copies. The translation is by Isidore Liseux and the introduction by Alcide Bonneau.