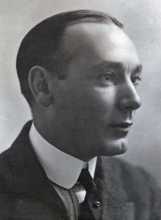 Born in Algiers in 1849, Édouard-Henri Avril was an artist perhaps more familiarly known by his pseudonym Paul Avril, under which he produced his most prominent works as an illustrator. He made his way to Paris, where he nurtured his artistic talents at various salons and spent some time studying at the prestigious École des Beaux-Arts.

As so little conclusive biographical information exists on Avril it is hard to judge specifically the impact his own images had on society though the ‘underground’ nature of many of the works the artist contributed to. However, their limited print runs and sales within exclusive collectors’ circles speak volumes about the way in which erotica was received and perceived during the early years of the twentieth century. Writing for the online magazine Fearless Press, T. M. Bernard notes of Avril his ability to depict sensual and mutually enjoyable scenes of sex – a quality missing from much current sexual imagery: ‘Notice the rapture on the faces of the women, something not usually seen today, where everything is hot and furious, and a woman’s pleasure is often depicted as secondary to the man’s – and the viewers’. What is more, the images reveal a total lack of pretence or shame. Whatever is being shared and experienced together is mutual and pleasurable.’

Avril’s works raise important questions around the blurring of art and pornography – while his illustrations are undoubtedly sexual, they are also beautiful, anatomically correct, and a joyful expression of sexuality.