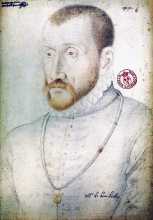 The best-known English translation of Brantôme’s book was published by the Golden Cockerel Press in 1924, with eleven rather more staid woodcuts by the press’s owner, Robert Gibbings; the limited edition proved popular, and established Golden Cockerel as the leading private press of its time.

The Athena edition of La vie des dames galante was produced in a boxed limited numbered edition of 1449 copies.