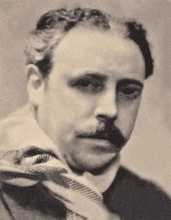 Louis Justin Laurent Icart grew up in the southern French city of Toulouse, but owes his reputation and career to his aunt, the owner of the upmarket Paris milliner Maison Valmont, who recognised his talent and in 1907, after he had moved to Paris, introduced him into the circles of fashion press illustration. He trained in painting, drawing, and printmaking, and in 1920 exhibited at the Galerie Simonson in Paris, followed by a successful exhibition in 1922 in New York’s Galerie Belmaison. His seductive paintings and etchings of semi-naked French women were just what his public wanted, and during the next decade he produced several hundred images, mostly engravings.

He produced illustrations for the periodical La Critique Théâtrale, and for the catalogues of haute couture houses. Influenced by Jean Antoine Watteau, François Boucher and Jean Honoré Fragonard, he became a major figure of the Art Deco period, with his work surging in popularity in both Europe and the United States and Europe throughout the 1920s and 1930s.