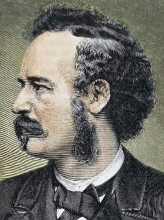 For at least half a century, from the 1870s until well into the 1940s, Albert Louis Ulrich Hendschel was one of the best-known German illustrators, his four volumes of Aus A. Hendschel’s Skizzenbuch (From A. Hendschel’s Sketchbook) being well-observed depictions of everyday life; he was particularly good at drawing children and demure young lovers, both of which were universally popular and mostly quite safe.

Hendschel grew up in Frankfurt-am-Main’s old town, close to the cathedral, the second of six sons and one daughter. Of his younger brothers, Emil was one of the instigators of Germany’s first nationwide railway timetable-atlas, Der Eisenbahn-Atlas von Deutschland, and Ottmar also became a painter as a genre and landscape painter of the Düsseldorf School. 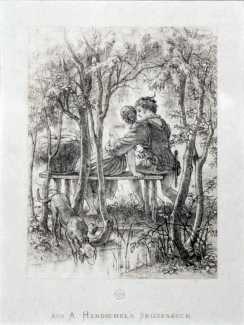 Albert attended grammar school, and from 1847 the elementary drawing class with Jakob Becker at the Städelsches Kunstinstitut. From 1851 he attended further courses at the art school at the Städel with Johann David Passavant, Eugen Eduard Schäffer, Edward Steinle and Johann Nepomuk Zwerger. He was a master student there with Jakob Becker until 1865, and fell in love with Becker’s daughter Marie, but his efforts were unrequited and he never married.

Hendschel lived all his life in Frankfurt, though he travelled widely, including to Dresden in 1854, Munich in 1857, Paris in 1861, and Italy in 1869–70. In 1857 he joined the Frankfurter Künstlergesellschaft (Frankfurt Artists’ Society), of which he also served for a time on the board. During his trip to Italy, Hendschel stayed in Rome, where he was introduced to the Deutschen Künstlerverein (German Artists’ Association) by Otto Hamel. 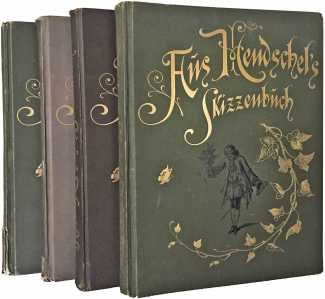 He initially devoted himself to oil painting, creating scenes from fairy tales, legends and history. From around 1870 he returned to graphic work, providing illustrations for Friedrich Stoltze’s satirical magazine Frankfurter Latern. His diary-like sketchbooks, published in four volumes between 1871 and 1880, had the motto ‘Nulla dies sine linea’ (not a day without a new line). The sketchbooks, together with the later collections Ernst und Scherz (Serious and Humorous, 1879) and Lose Blätter (Loose Leaves, 1882), became extremely popular. Even after his death, and as late as 1940, his drawings were repeatedly reprinted in collections such as Allerlei aus A. Hendschel’s Skizzenbuch (Selections from A. Hendschel’s Sketchbooks, 1886), Kunterbunt (Colourful, 1917), Kinder und Käuze (Children and Rascals, 1917) and Allerlei Scherz (All Sorts of Witticism, 1923). 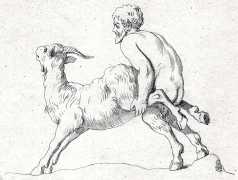 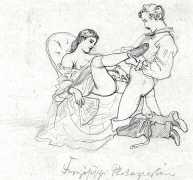 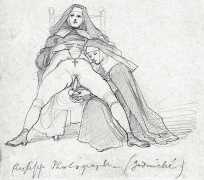 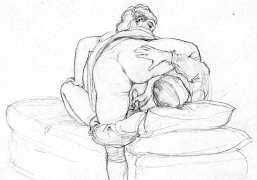 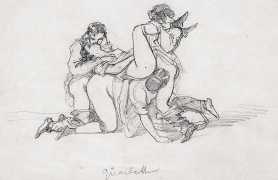 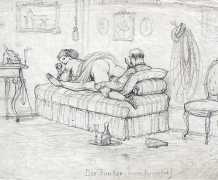 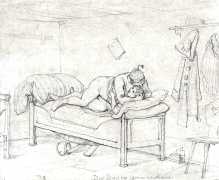 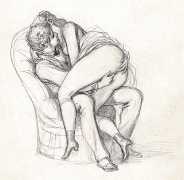 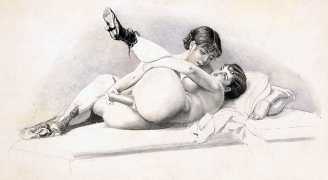 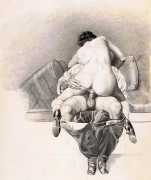