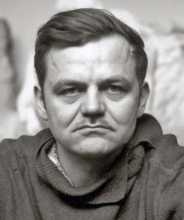 The Austrian artist and sculptor Alfred Hrdlicka was intensively preoccupied with history, politics and freedom. His output consists mostly of etchings and drawings on important social and political themes, and many powerfully expressive stone sculptures. In his prolific output, this exceptional artist reflected upon the political situation of his native country like nobody else among his contemporaries.

From 1946 to 1952 Hrdlicka studied painting at the Akademie der bildenden Künste (Academy of Fine Arts) in Vienna with Albert Paris Gütersloh and Josef Dobrowsky, then from 1953 to 1957 studied sculpture with Fritz Wotruba. In 1960, with Fritz Martinz, he had his first exhibition sculpture, painting and graphics in the Zedlitzhalle. He became internationally known in 1964 when he represented Austria at the 32nd Venice Biennale.

In 1966 he immersed himself in the world of mentally ill people, and was so moved by these encounters that from then on he regularly returned to portraying their suffering, fear and pain.

After accepting a professorship at the Universität für angewandte Kunst (University of Applied Arts), Alfred Hrdlicka lived and worked in Vienna from 1989 onwards, though his exhibition and stage design projects, such as Intolleranza 1960 (Stuttgart 1992) or the Ring des Nibelungen (Meiningen 2001) took place mainly in Germany. He was also an actor, best known for his roles in Spider’s Web (1989), Hitler: A Profile (1995), and the posthumous Sequenzen (2011).

Hrdlicka never took it easy, neither in art or in life, both being pursued with uncompromising honesty and sometimes shocking directness. His first wife, Barbara, died in 1994. In 1999 his lover Flora took her own life and tried to poison Hrdlicka too – Hrdlicka processed the events in an extensive cycle of drawings, Der Fall Flora (The Case of Flora). In 1999, Hrdlicka married his long-standing muse, the artist Angelina Siegmeth.

Alfred Hrdlicka reflected and worked very personally and consciously in his works. Throughout his life he explored and dissected power relations, concentrating on the important issues of oppression, inequality and impotence. It is no doubt significant that two of his best-known works are the Memorial against War and Fascism in Vienna city centre, and his overtly homoerotic painting ’The Last Supper Restored by Pasolini’ which gained enormously in notoriety when it was condemned by the Catholic Church. 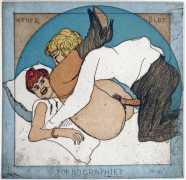 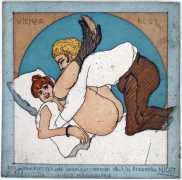 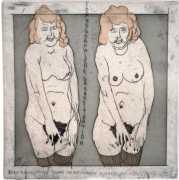 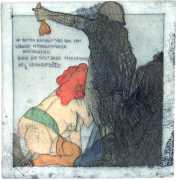 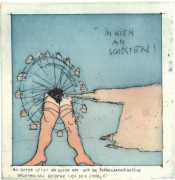 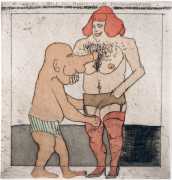 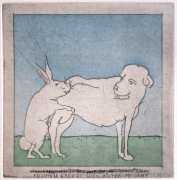 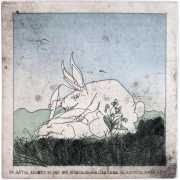 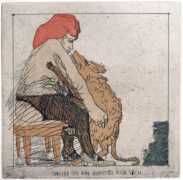 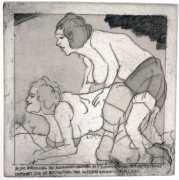 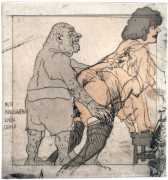 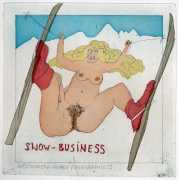 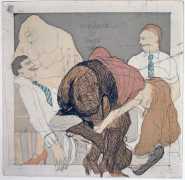 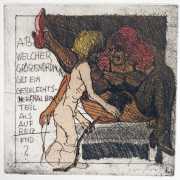 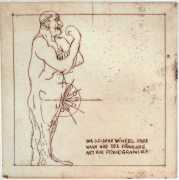 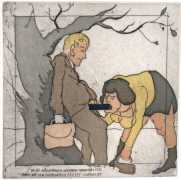