Alfred (Fred) Proessdorf was a German-Swedish painter, illustrator, engraver and theatre decorator. He studied art and decorative painting in Düsseldorf, then participated in group exhibitions with Skånska Konstnärslaget (Scandinavian Artists’ Group), Konstföreningen för Södra Sverige (Art Association for Southern Sweden), and Lundautställningen (Lund Exhibitors). His first solo exhibition was in Gothenberg in 1921, by which time his reputation was established. His best-known work was probably the colourful poster he designed for the Gothenberg World Fair in 1923, celebrating the city’s three-hundredth anniversary.

As an illustrator his cartoons appeared in Söndags-Nisse and Skallran, and before the Swedish alcohol prohibition vote in 1922 he made a series of posters for drinks companies. He also worked in the theatre, drawing the costume sketches for Ernst Bauer’s summer revues from 1919 to 1923, and made sketches for Ernst Rolf’s revues. He published a selection of his drawings in the books Galleri (Gallery) and 13 Teckningar (13 Drawings) in the 1910s. His works includes figures and portraits in oil, but he was known mainly as an illustrator in ink and wash. Proessdorf is represented by costume sketches at the Theatre of History Museum in Gothenburg and the Museum of Modern Art in Stockholm. 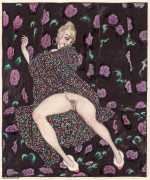 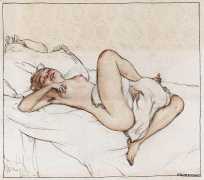 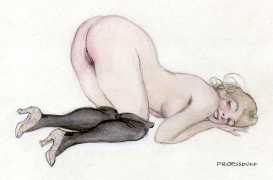 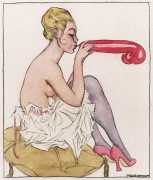 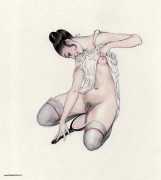 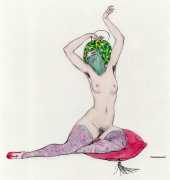 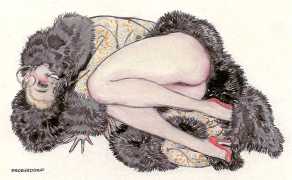 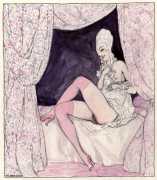