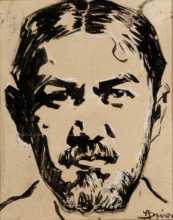 From 1895 Andor Székely studied in Munich at the painting school of Simon Hollósy, then spent some time in the artists’ colony of Nagybánya (now in Romania but then in Hungary) before moving to Paris to study at the Académie Julian, where he joined the Mouvement Visionnaire, a group of artists around André Martins de Barros exploring Surrealist themes.

From 1908 he lived in Budapest for almost twenty years, painting watercolours and pastels, and in 1920 he opened his own painting school in Budapest. In 1929 he returned permanently to Paris. Székely travelled widely in North Africa and the Middle East, and his colourful paintings and pastels depicting scenes from his travels are now much admired and sought-after.

During the 1930s Székely regularly showed his work at exhibitions in Budapest and Paris, and  for several years participated in the Venice Biennale. 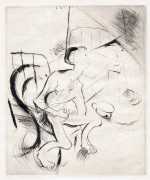