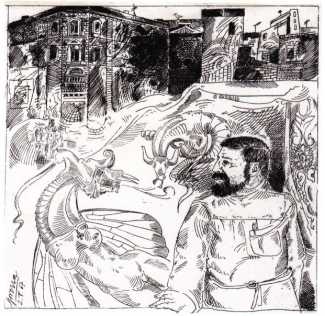 Painter, printmaker, illustrator, graphic artist and theatre set designer Arwed Gorella grew up in Świdnica in south-west Poland, and after leaving school studied at the Hochschule der Künste Berlin (Berlin University of the Arts) and at the Freien Universität Berlin (Free University of Berlin) from 1955 to 1961, where he was a student of Alexander Camaro.

In addition to his own artistic work, Gorella was a lecturer at the Pädagogischen Hochschule (University of Education) in Berlin from 1965. In 1977 he accepted a professorship for fine arts at the Hochschule für Bildende Künste Braunschweig (Braunschweig University of Fine Arts), where he worked until 2001. His students there included Monika Falke, Jung-Suk Ryu and Armin Baumgarten.

Gorella was one of the representatives of Neuen Realismus (New Realism), believing that art should be actively involved in matters of society and politics, and created numerous anti-militarist and anti-clerical artworks. In 1969 he was one of the founding members of the Neuen Gesellschaft für Bildende Kunst (New Society for Fine Arts), and in 1972, together with Peter Sorge, Hermann Albert, Bettina von Arnim, Ulrich Baehr, Hans-Jürgen Diehl, Wolfgang Petrick, Joachim Schmettau, Maina-Miriam Munsky and Klaus Vogelgesang, he founded the critical-realistic artist group Aspect, which existed until 1978. Exhibitions of his works took place in Berlin, Lübeck, Hanover and Hamburg.

He also worked as a cartoonist and book illustrator, illustrating Wolf Biermann’s Grosse Ballade vom Drachen und vom Drachentöter (Great Ballad of the Dragon and the Dragon Slayer), a new edition of A Thousand and One Nights in the translation by Gustav Weil, and Yaak Karsunke’s Die Guillotine umkreisen (Circling the Guillotine). He was chief set designer for Heiner Muller’s performance workshops at the Bonn Theatre, and in 1999 created stage sets for Andrea Breth’s production of Goethe’s Stella at the Schaubuhne am Lehniner Platz, the Berlin art deco theatre built in 1928. 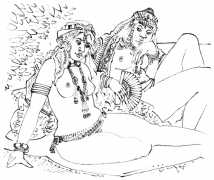 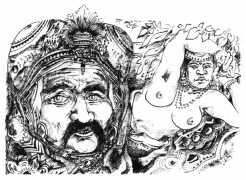 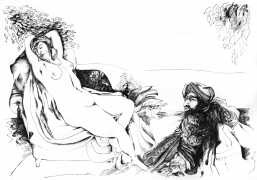 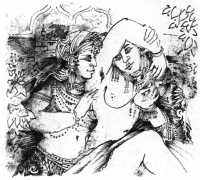 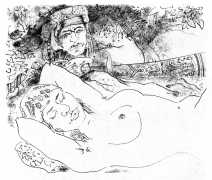 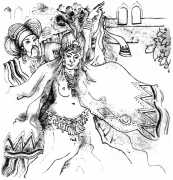 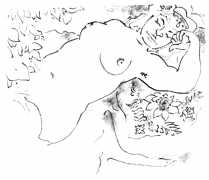 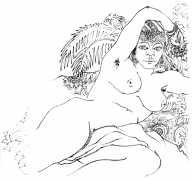