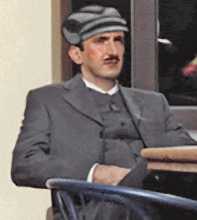 It would be easy, almost too easy, to label the Sicilian artist Aurelio Pernice – usually shortened to Aurè – as a typically myopic sexist man with a stereotypical take on the women of Italy. There is some truth to this, but Pernice’s women are more than mere cartoon characters, and their relationships with the men in his colourful paintings usually make it clear who holds the power.

Pernice grew up in Mazara, a small town near the western tip of Sicily. Fascinated by art, he started painting as an adolescent, and is entirely self-taught. His paintings are filled with the light and colour of the Mediterranean, and as he explains ‘The stars of my art are the women of my country, who are at once bold, beautiful and sexy’. The recurring themes are everyday images of life on the streets of the towns and cities of Sicily, and the world of local brothels and the women who work in them.

He often paints himself in his works as an observer of the scene, a small and wondering observer of these voluptuous women, brimming with sensuality and eroticism. There is no doubt at all which aspects of female anatomy he finds the most attractive – and overwhelming.

Often considered as a naïf painter, his satirical perspective on everyday life, his women and his vision of sex, have something of the underground comic artist Robert Crumb. His blog, which regularly comments on the Italian political and social scene, demonstrates a keen awareness of power relationships in the modern world. 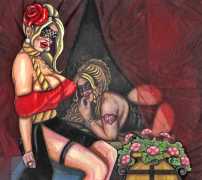 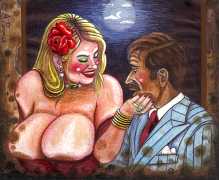 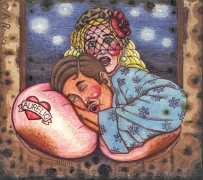 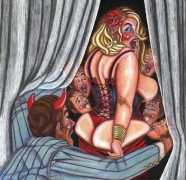 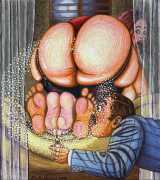 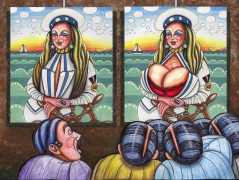 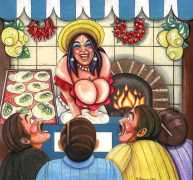 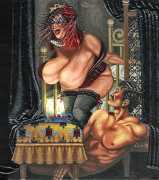 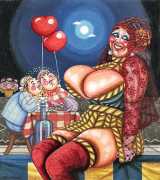 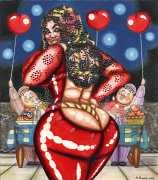 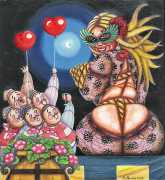 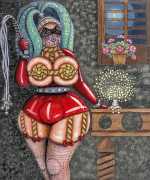 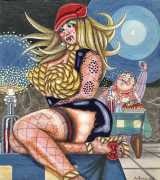 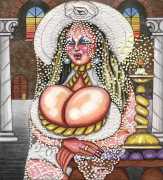 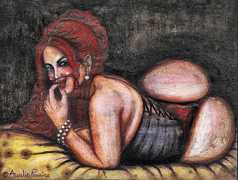 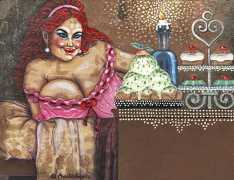 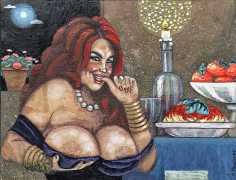 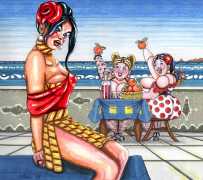 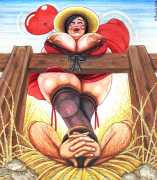 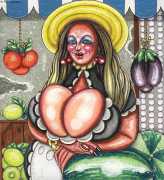 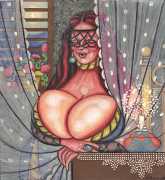 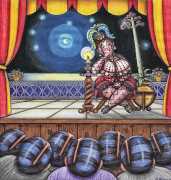 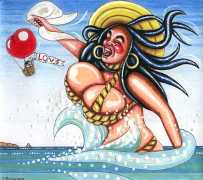 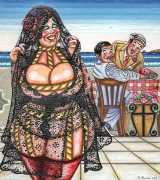 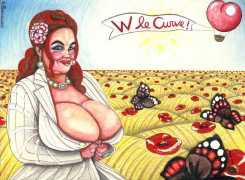