If you believe the multiple art bibliographic sources that make the link, and there is no clear evidence to the contrary, then the skilled Stuttgart-based commercial artist and photographer Carl Breuer-Courth also produced an extensive sideline in quality erotica under the French pseudonym of Eugène Reunier. Was it a private passion from which Breuer-Courth needed to defend his professional reputation? And does the ‘reunier/reunifier’ hint at a desire to make some sort of connection between his private and public art?

Carl Breuer-Courth grew up in Cochem, in the Mosel valley in western Germany, and when he left school was apprenticed as a church artist and restorer, working first in Aachen, then in Düsseldorf and Darmstadt, where he studied with the painter and illustrator Johann Vincenz Cissarz. In 1906 he joined an arts and crafts community in Stuttgart, which remained his base for the rest of his life.

A versatile and competent artist, his output included illustrations for children’s books, notably the 1920s reprints of the popular German boarding school Trotzkopf (Defiance) stories by Else Wildhagen and her daughter Emmy van Rhoden. He also produced many colour advertisements for local and national businesses.

During the 1930s Breuer-Courth became increasingly interested in photography, both in its commercial applications and as an artform. In 1940 he collaborated with writer August Sieberg and Stuttgart publisher Wilhelm Schöbel to produce a book of fifteen art nudes entitled Enthüllte Schõnheit (Incomparable Beauty); the result was an attractive portfolio quite advanced for its time.

If Breuer-Courth and Reunier are the same artist, and both style and interest in naked women strongly suggest the connection, the question remains as to where and why the ‘Reunier’ illustrations were produced. Were they really produced in Paris, or were they printed in Stuttgart in the highly-commercial 1920s French style? 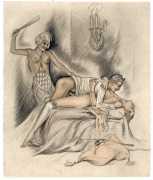 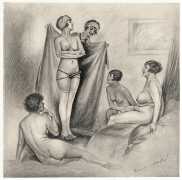 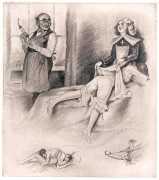 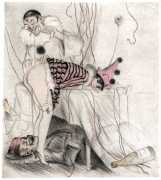 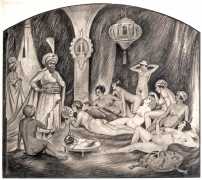 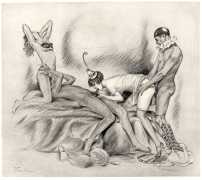 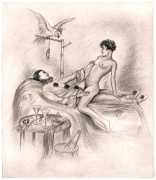 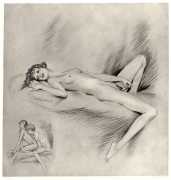 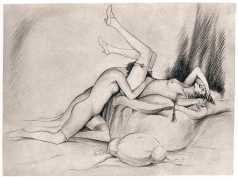