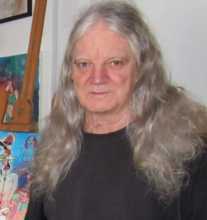 The primitivist Canadian painter Claude Bolduc grew up in Alma, Quebec, but although he had dabbled in art it wasn’t until his 32nd birthday that he decided to become an artist. It was the Québécois painter Arthur Villeneuve (1910–90) who was Bolduc’s first mentor, inspiring him to experiment with painting personal memories and perspectives on political or social topics in a style that is generally described as naive. In his paintings and drawings strange beings evolve and interact in a sensual and vivid dreamlike reverie, exploring the boundaries between the parallel universes of consciousness and unconsciousness.

In 1997 Bolduc moved to Geneva in Switzerland, where he started to produce work which was less self-censored than his previous output, exploring sexual and religious themes in a search for greater existential meaning. As he writes of his art, ‘The idea of humanity as godlike is very frightening, which is why my work confronts Eros and Thanatos without restraint, forcing them into a dancing struggle whereby Judeo-Christian symbolism is revisited through my singular, exaggerated vision.’

In 2010 Bolduc moved back to Quebec, and continues to produce new work at a rapid rate. His paintings are exhibited regularly in galleries in Montreal, Toronto, Miami, Los Angeles, New York, Detroit, Paris, London, Berlin, Geneva, Florence and Melbourne.

For anyone interested in Claude Bolduc’s work, his website, which you can find here, includes an extensive gallery of his work from 1987 to the present day. 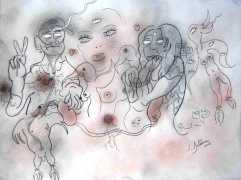 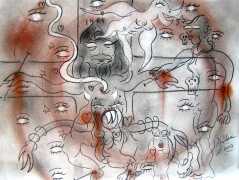 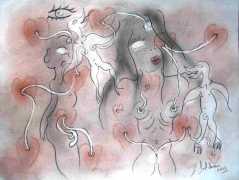 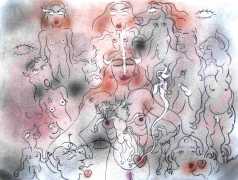 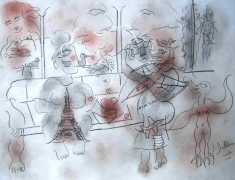 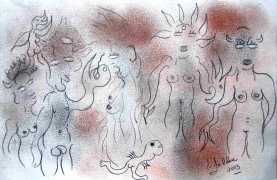 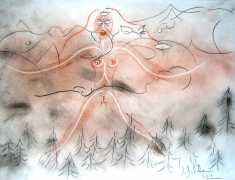 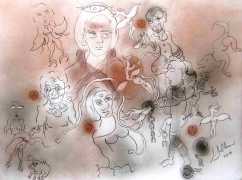 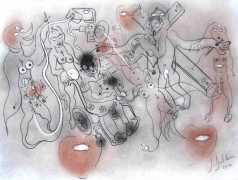