‘E. Bénis’ is one of those many 1920s amateur erotic artists whose identity is hidden behind a pseudonym, and who have consequently virtually disappeared from history. Just four portfolios from the early 1920s are known – Aventures d’un Bohémien (Adventures of a Bohemian), Die Halbjungfrau (The Semi-Virgin), Erlebnisse eines 16jährigen Mädchens, Wanda (Experiences of a 16-year-old Girl, Wanda), and Lucette und ihre Freunde (Lucette and Her Friends) – and only a handful of the plates bear the Bénis signature. The only way we know that they are all by the same hand is that this artist can only draw two protagonists, a rather sad-looking man with a square chin and an impossibly slim woman with small pointy breasts.

The only mention of Bénis in the bibliographical literature is in the massive 1931 four-volume Bilderlexicon der Erotik, edited by Leo Schidrowitz, which suggests in a brief entry that ‘Bénis’ is the pseudonym for a Magdeburg artist named Peters, who created ‘obscene pictures of great amateurism’. Two of the Halbjungfrau plates appear to have the signature ‘FP’, which supports such an assertion.

And the choice of ‘Bénis’ as a nom de plume? Well, every French-speaker knows what ‘un pénis béni’ is … 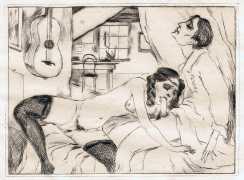 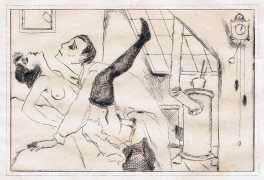 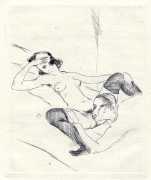 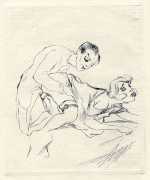 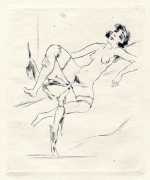 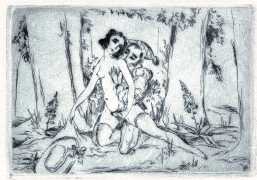 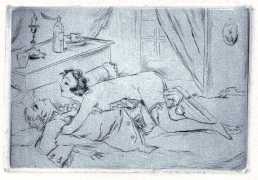 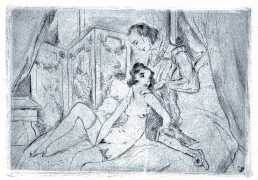