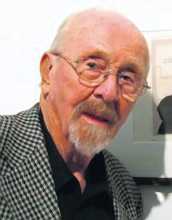 The painter and graphic artist Eberhard Schlotter was one of the most important German artists in the 1950s and 60s. His life’s work included paintings, watercolours, drawings and prints, illustrations and literary works. His work often emerged from discussions with other visual artists, including Pablo Picasso, Giorgio Morandi and Max Ernst, and he also found a stimulating counterpart in literature – his lifelong friendship with the writer Arno Schmidt and the appreciation of writers including Cervantes, James Joyce and Wilhelm Raabe make Schlotter’s oeuvre fascinating for the study of modern literature.

Eberhard Schlotter grew up in Hildesheim in northern Germany. He and his sculptor brother Gotthelf (1922–2007) were introduced to art by their father, the sculptor Heinrich Schlotter, and as a student Eberhard was considered a talented drawer and painter. In 1939 Eberhard enrolled at the Akademie der Bildenden Künste (Academy of Visual Arts) in Munich, but at the outbreak of war was sent to the Eastern front to fight on the vanguard, where he was severely wounded in 1944 and later became a prisoner of the Americans. While in hospital he was nursed by his future wife, Dorothea von der Leyen, and they married in August 1944.

In 1945 the Schlotters moved to Darmstadt where Eberhard worked as a freelance artist, then in 1952 they visited Spain, which was to become one of the artist’s most formative experiences. In November 1956 Eberhard and Dorothea bought a house in the fishing village of Altea on the Costa Blanca, and from then on Eberhard divided his time between Spain and Germany.

In Germany Schlotter sat as chair of the New Darmstadt Secession from 1955 until 1957, and took a teaching position as the Hamburg Akademie der Bildenden Künste in 1967. In 1980 he was appointed professor at the Johannes Gutenberg University in Mainz, and in 1986 guest professor at the Universidad de los Andes in Bogotá, Columbia. From 1995 onwards the Schlotters’ German base was in Wienhausen, not far from where Eberhard was born, but mostly his heart and inspiration were in Altea, ‘my Arcadia’ as he described it, where ‘even though the people were poor, they were happy, they laughed and danced’.

Though his reputation rests mostly on his painting, his achievements in the field of etching techniques are also noteworthy. He developed his own process for ‘soft etching’, which gave his etchings a dark, almost painterly quality. As a painter he was heavily influenced by classical modernism, especially Henri Matisse and Pablo Picasso, but in the 1960s he developed his own means of expression, as one critic explained, ‘a peculiar correspondence of abstraction and realism’. Even the most apparently non-representational of his works from the 1960s turn out to be recognisable motifs reduced in colour and form.

On his ninetieth birthday Schlotter declared that he still had a strong urge to paint – ‘The physical ability may be diminishing, but the desire to work is still there’. An inspiring and original artist to the end.

In 1993 the Eberhard Schlotter Foundation was founded to make Schlotter’s work accessible to the general public through publications and exhibitions. The Bomann Museum in Celle in northern Germany houses an innovative permanent exhibition of the artist’s life and work. The Foundation’s website can be found here. 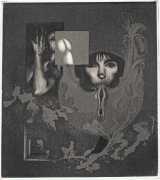 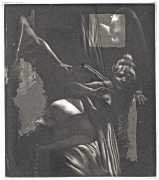 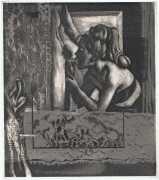 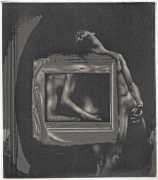 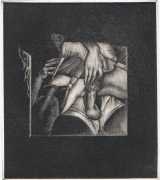 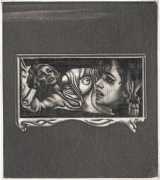 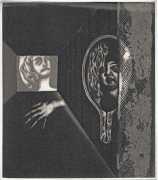 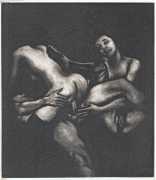 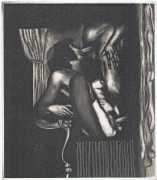 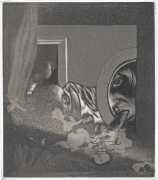 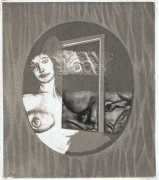 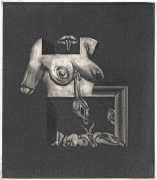 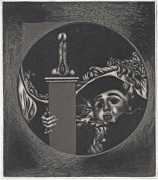 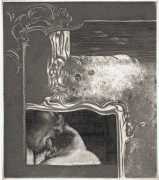 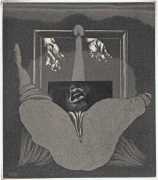 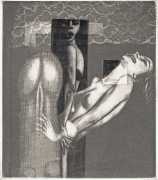