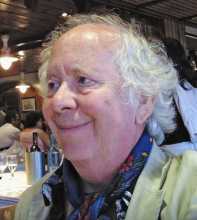 The French (despite his Flemish name) artist and designer Eric Provoost hails from Paris, though for several years he has divided his time between the city and his rural retreat (with attached vineyard) near Cellefrouin in the south-western region of Charente. He trained first as an architect, graduating in 1972 and joining the influential Paris practice Group 107, where among other projects was involved in the exploration of semiotics in architecture and a town plan for Riom in the Puy-de-Dôme region of central France.

In 1981 he abandoned architecture for his true love, painting, and the first exhibitions of his work in Paris in 1984, at the Fondation Calouste Gulbenkian and the Jardin de la Paresse, were well-received. His trademark style includes elements of architectural composition, mythological themes, and experimenting with variations on different historic artistic styles, often combining them in the same picture. He also has a wicked sense of humour, which is clear from many of his works.

Since the 1980s he has been involved in illustrating a variety of books for publishers including La Découverte, Larousse, Gallimard, Nathan and Martinsart. Two themes which he has explored extensively are the tarot and the labyrinth; these came together in 1982 in a tarot pack, Minotarot, and a portfolio ‘Dans le labyrinthe’. In the 1990s he became interested in animation, and in 1997 created a short animated film entitled Les Tourments de Miss Murphy.

In 1995 he was appointed as a professor at the École Professionnelle Supérieure d’Art et d’Architecture, a post which he held until 2012.

Eric Provoost’s website, with many more examples of his varied output, can be found here. 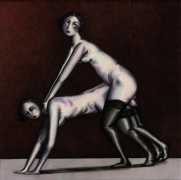 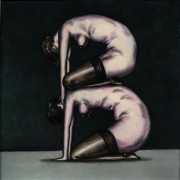 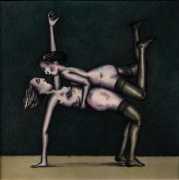 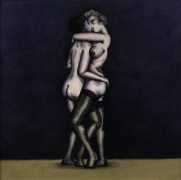 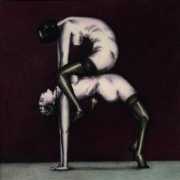 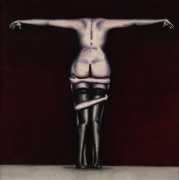 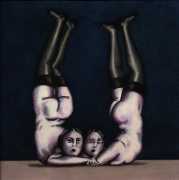 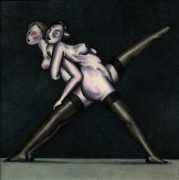 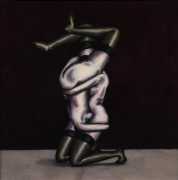