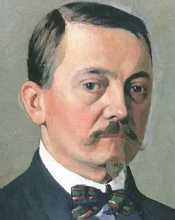 The Swiss-born French painter and printmaker Félix Vallotton is known for his precise use of line and exacting forms. In his depictions of sensuous nudes, stage-like interiors and landscapes at sunset, Vallotton conjured a sense that something mysterious lay beneath his scenes. ‘I think I paint for people who are level-headed but who have an unspoken vice deep inside them,’ he once remarked, ‘and I actually like this state, which I share.’

Born Félix Edouard Vallotton in Lausanne, in 1882 he moved to Paris, where he studied under Jules Joseph Lefebvre at the Académie Julian. Initially producing portraits grounded in the academic tradition, Vallotton was inspired by works he observed at the Louvre by Hans Holbein, Jean-Auguste-Dominique Ingres and Albrecht Dürer. A decade later in 1892, Vallotton had become a part of the milieu of artists known as Les Nabis, which included Pierre Bonnard, Maurice Denis, and Édouard Vuillard. The ideas espoused by the Nabis coincided with Vallotton’s own interests, as he had already begun producing woodcuts inspired by the flat colours and silhouetted forms of Japanese ukiyo-e prints.

In his paintings and prints, Vallotton was always searching for visual elements with a decorative appeal, which was typical of his colleagues of the Nabis group of artists. La paresse (Laziness) is a perfect example, where he creates an elegant and seductive image by means of lines, surfaces and contrasts in the block of wood – the naked woman and the cat are cut out in white surfaces placed against a background of luxuriant patterns. The resulting decorative synthesis shows Vallotton to be an absolute master in the art of printmaking.

Vallotton was an intense critic of Parisian life and values of the Paris upper class in the belle époch. In 1889 he met Hélène Chatenay, a Swiss factory worker, who became his companion and model for ten years, the relationship mirroring his preference for ordinary people rather than the upper classes. In the 1890s, as a Nabi, he contributed many satirical illustrations to radical revues such as Assiette au Beurre and Le Cri de Paris. His political attitudes changed somewhat in 1899 when he married Gabrielle Rodrigues-Hénriques, who came from a wealthy Parisian family, and he found himself a member of the class of which he was so critical.

Despite his new position, he continued his social criticism. Vallotton painted numerous scenes of intimate conversations between men and women, sometimes in restaurants, sometimes at the theatre, often scenes suggesting seduction and rarely scenes suggesting romance or love. The critic Octave Mirbeau described the figures in this particular genre of Vallotton’s paintings in 1910: ‘the figures don’t just smile and cry, they speak. They express strongly, with the most moving eloquence, when it is Monsieur Vallotton who hears them speak, their humanity and the character of their humanity.’ 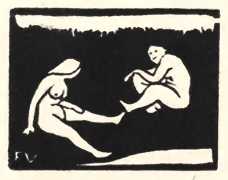 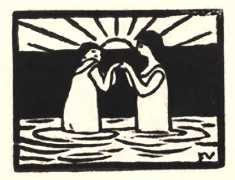 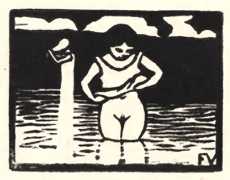 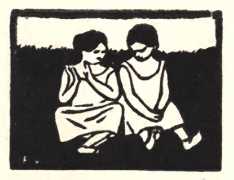 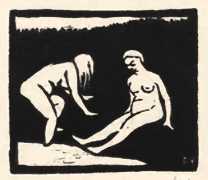 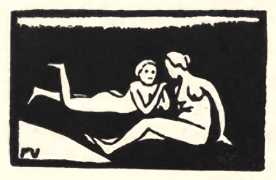 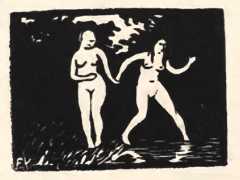 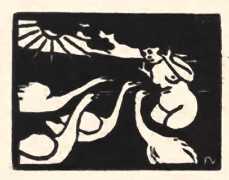 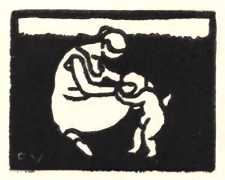 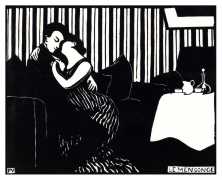 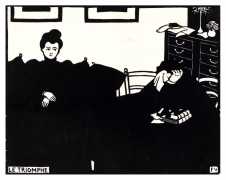 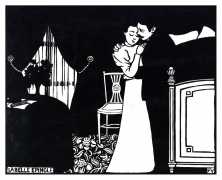 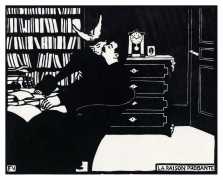 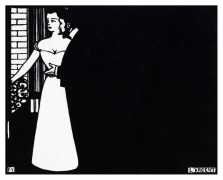 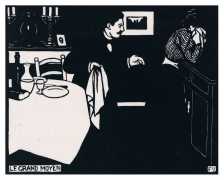 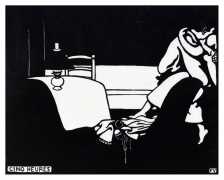 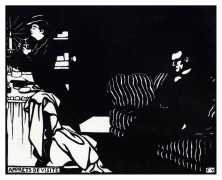 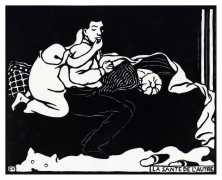 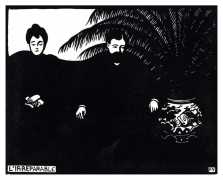