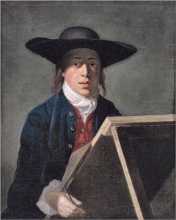 The English artist George Morland was the eldest of the five children of Henry Robert Morland and Jenny Lacam. Educated at home in London, he took to copying pictures and plaster casts, and first exhibited chalk drawings at the Royal Academy of Arts in 1773 at the age of ten. Apprenticed to his father in 1777, when he began copying in earnest, Morland worked hard for his master, but was also encouraged to advertise his own talents. His first picture to be engraved was published in 1780 – he exhibited his first painting at the Royal Academy in 1781, and no fewer than twenty-six works at the Free Society of Artists in 1782.

At the expiry of his apprenticeship in 1784, Morland entered the Royal Academy Schools, and after six months he left home and took lodgings close to a rapacious Drury Lane publisher, for whom he painted a large number of pictures in exchange for basic board and rent. To escape this arrangement, in the summer of 1785 he moved in Margate in Kent and worked as a portraitist; he also paid a short visit to northern France.

In early 1786 he became acquainted with the engraver William Ward. The young Morland had a soft spot for a pretty woman, and had come close to marrying several, but it was William’s sister Anne who he eventually married later that year. Tragically, since he loved children, there was only one child, a stillborn son. In October 1787 William Ward married Morland’s sister Maria, and the four tried living together in the Ward house in the London suburb of Kensal Green, but that too was a disappointment, and the arrangement lasted only three months.

Morland established his reputation in the late 1780s as a prolific painter of sentimental genre and of childhood subjects. Exhibitions of his work were held at Orme & Co. in 1792 and 1793, and at John Raphael Smith’s gallery in King Street, Covent Garden, in 1793. He did not normally work on commission, as his contemporaries did, but sold his paintings, which were mostly small in size, through an agent. He had at least five pupils at different times to assist in the growing demand for his work.

As a reaction against a strict upbringing and the drudgery of his work, Morland regularly associated with the demimonde, and acquired a reputation for recklessness and hard drinking. After his marriage and early professional success he became more extravagant and addicted to low and sporting company. By 1789 he was seriously in debt and had to dodge creditors, and in 1793 he was warned by his physician of the dangers of further debauchery. After 1794 his debts required constant changes of address and greatly increased productivity. In 1799 he was arrested at his lodgings in Vauxhall and committed to the King’s Bench, living within the rules of the prison until his release in 1802. Morland spent his last years with his brother Henry, who had a picture shop on Dean Street in Soho. Both his work and his health deteriorated, and worn out by his dissolute life he died of brain fever in a debtors’ lock-up. 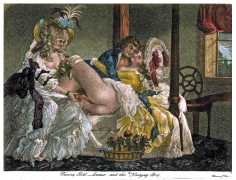 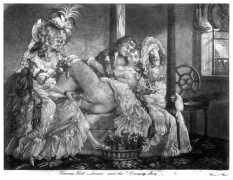 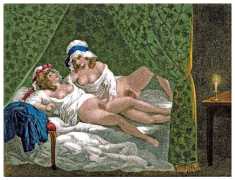 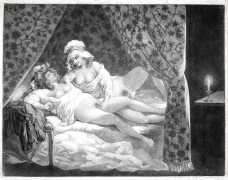 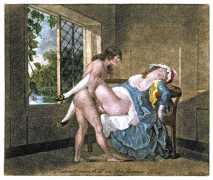 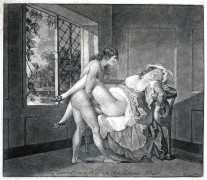 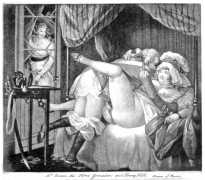 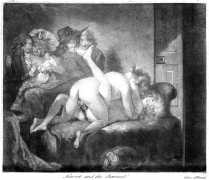