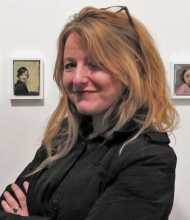 Geraldine Swayne is a talented and eclectic creator. As well as making the colourful and often risqué enamel miniatures for which this British artist is best known, she has sung in bands, made experimental films, created murals and designed theatre sets.

She studied fine art at Newcastle University, and in 1989 won a Northern Arts Travel Award that allowed her to shoot Super-8 films about Voodoo in New Orleans. In 1991 she moved to France in 1991 to create large outdoor paintings for the Mairie of St-Jean-de-Fos, and since 1999 has made numerous experimental ﬁlms including the world’s ﬁrst super-8 to Imax ﬁlm East End, produced by Cathy Shaw, narrated by Miriam Margolyes, and with music by Nick Cave. Her music career started with joining the experimental rock group Bender in 2005, then the following year the krautrock group Faust, with whom she has recorded two albums and toured widely.

Geraldine Swayne’s favourite artistic material is enamel on a copper or aluminium base, and most of her colourful creations are very small, often just tens of centimetres across. Her paintings depict people engaging in everyday activities, often explicitly sexual, including uncomfortable or taboo acts such as spanking. Suggestive and mysterious, her paintings are populated by people on the verge of action, the atmosphere thick with tension and heightened emotion. Her scenes are often awkward, haunting, sexy, bizarre, dark, or amusing – sometimes all at once. As she says of her work, ‘I paint atmospheres, the insinuated, unspoken and unspeakable evidence of the human personality.’

Placing an emphasis on the surface quality and material value of the work, Swayne cites the sixteenth-century miniaturist Nicholas Hilliard as an important inﬂuence in seeking to make paintings that are also inherently beautiful objects.

In 2014 she was awarded a residency at the Acme Fire-station in East London, where she now lives and paints. 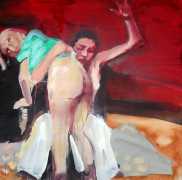 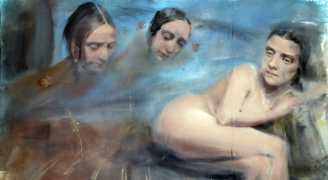 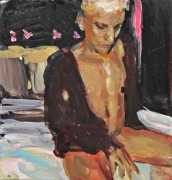 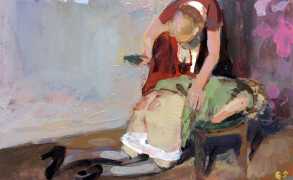 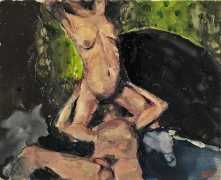 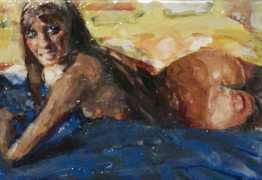 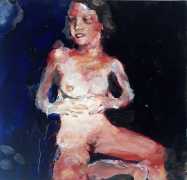 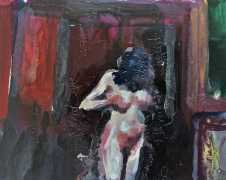 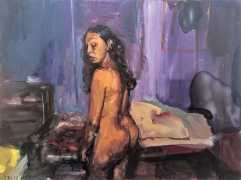 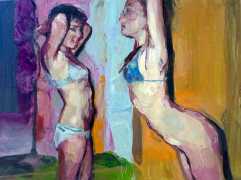 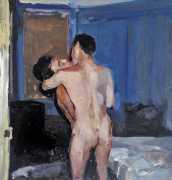 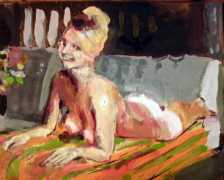 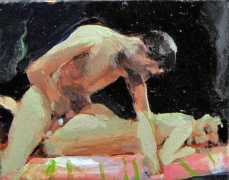 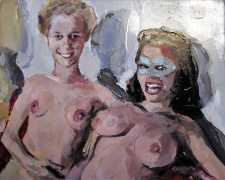 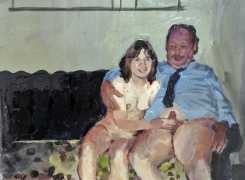 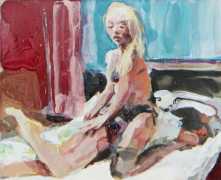 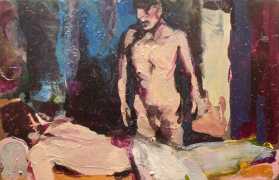 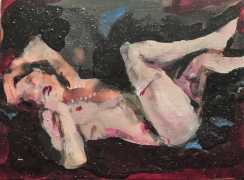 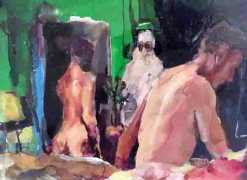 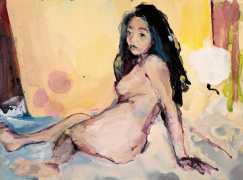 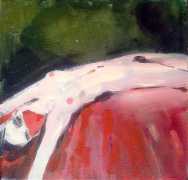 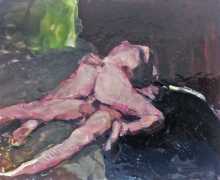 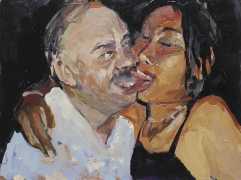 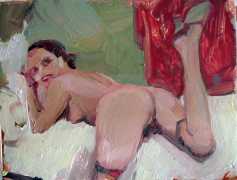 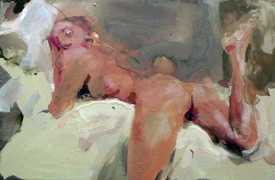