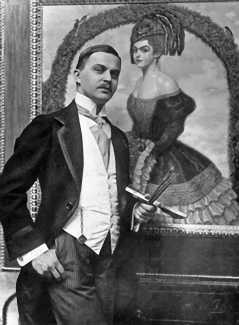 Hanns Pellar grew up in Vienna and first aspired to train as an army officer, but finding that he preferred drawing and painting he enrolled at the Graphische Bundes-Lehr- und Versuchsanstalt (Graphic Teaching and Research Institute), and in 1905 was accepted at the Vienna Academy of Fine Arts. A year later he went to Munich to study at the studio of Franz von Stuck, at the time considered ‘the prince of painters’. While studying in Munich he married his favourite model, Stefanie Jakobovitsch, and they had a daughter, Marie.

The birth of their daughter inspired Pellar to create the illustrations for the children‘s book Der kleine König (The Little King), published by George Dietrich in 1909 and widely considered to be one of the finest and most original children’s books of Jugendstil, the German equivalent of Art Nouveau. The text for Der kleine König was written by the art critic Fritz von Ostini, whose influence and contacts helped in the early success of the book, which was translated into several languages including English.

Pellar's fairy tale characters in rococo costumes fascinated Grand-Duke Ernest-Louis of Hesse (Landgraf Ernst-Ludwig in German, a grandson of Queen Victoria and a noted art collector), who in 1899 had established an artists’ colony on Mathildenhöhe in Darmstadt. Pellar first worked in Darmstadt in 1911, and though never permanently based in the Mathildenhöhe colony was a key member of the group. The publisher Gustav Bock bought several Pellar paintings in 1912, and the Essen banker Fritz von Waldthausen commissioned Pellar and the architect Edmund Körner to create wall paintings for the music rooms of his two villas.

In November 1914 Pellar was appointed professor at Mathildenhöhe, but the heyday of the colony ended with the First World War. The nobility was abolished after the end of the war, and the Grand-Duke abdicated, though as we know from the Flamingo portfolio he and Pellar remained close. During the years of the Weimar Republic orders fell as the rococo style went out of fashion, and Pellar based himself in Frankfurt. He continued to paint, his canvases often featuring dancers, outdoor picnics, and young women being entertained by fauns. He also created magazine and advertising illustrations, and for a while became art consultant at the automobile company Opel.

In 1933 the family left Germany for Vienna, as Stefanie was Jewish according to Nazi criteria, but in 1938 he was also banned from working in Austria, and during the war his sister contributed to the Pellars’ maintenance. They remained in Vienna after the war, and Hanns produced nothing more during the last thirty years of his life. 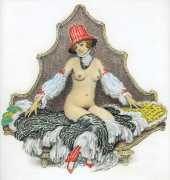 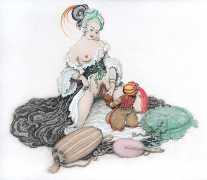 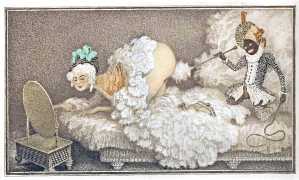 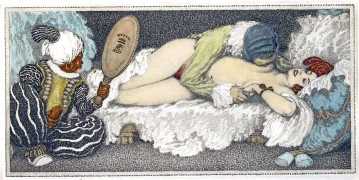 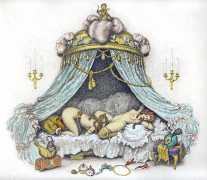 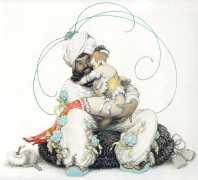 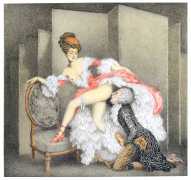 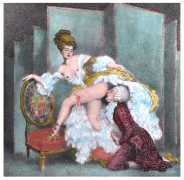 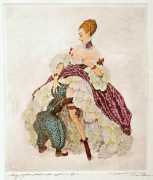 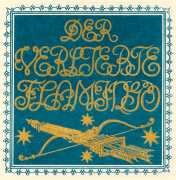