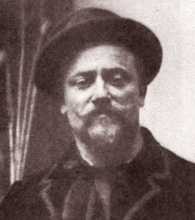 Henri Privat-Livemont, best known as one of the most important Art Nouveau poster artists, grew up in Schaerbeek, a north-eastern suburb of the Belgian capital Brussels. He came to posters via interior design, and almost by accident. Having studied interior décor first in Brussels and then in Paris, from 1883 to 1889 he worked and studied in the Paris studios of Lemaire, Lavastre et Duvignaud, on projects including the Comédie Française and the Hôtel de Ville. After returning to Brussels to work on theatres and casinos, on a whim he entered a competition for a poster for the local art appreciation society. To his surprise he won; this grew into an interest in the possibilities of using colour in lithography, and before long he had his own studio in Brussels.

1897 was his breakthrough year as a poster designer; he created the poster for the Brussels International Exposition of that year, and his posters for Absinthe Robette and the Casino de Cabourg were published in the influential publication Les Maîtres de l’Affiche (Masters of the Poster). By 1898 poster magazines were calling Privat-Livemont ‘the uncontested master of Belgian posterists’. He dazzled the poster world with his delicately-drawn designs which celebrated feminine beauty in the service of commercial enterprise. Like the better-known Alphonse Mucha, Privat-Livemont had the same penchant for the idealised woman, the same meticulous draftsmanship, and the same mastery of the principles of decorative style.

In his later years after the First World War, Henri Privat-Livemont abandoned the field of poster design to devote himself to painting in oils, but beautiful young women still dominated his output. 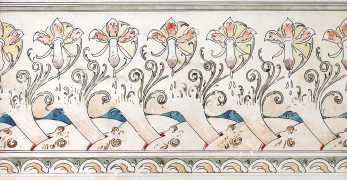 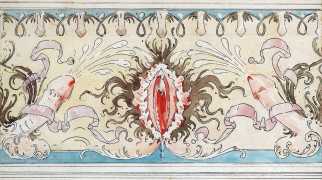