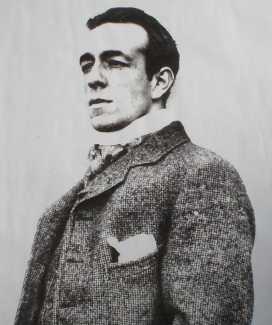 The Brazilian-born and Félicien Rops-inspired artist Henrique Alvim Corrêa, sadly lost to tuberculosis far too young, is best known for the nightmarish visions accompanying the first French edition of H.G. Wells’ War of the Worlds. But the same creativity and imagination, not so far from the inspiration for these innovative science fiction scenes, was at work on parallel visions of sex and death, which would come to fruition in a landmark portfolio of drawings of 1908.

Corrêa was born in Rio de Janeiro into a wealthy family. His father, a prominent lawyer, died when he was seven years old, and his mother married banker José Mendez de Oliveira Castro in 1888. In 1892, when Corrêa was sixteen, the family moved to Lisbon before settling permanently in Paris a year later. In 1894 at the age of 18, he began his formal instruction in art under military painter Édouard Detaille. Corrêa followed in his master’s footsteps, exhibiting well-received military pieces in the Paris Salons of 1896 and 1897.

In 1898 Alvim Corrêa suddenly quit his studies, and against the wishes of his family married seventeen-year-old Blanche Fernande Barbant, daughter of engraver Charles Barbant, a successful illustrator of books by Jules Verne among other authors. The newlyweds moved to Brussels and had their first child. Cut off from his family’s financial support and connections in the art world, Corrêa had to scrape together whatever commercial work — advertisements, house painting — he could find. By 1900 his finances were stable enough for the family to move to the suburb of Boitsfort, where he opened a studio. 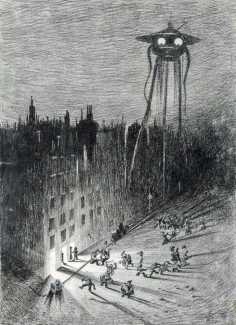 In 1903 he read The War of the Worlds in English, and was inspired to draw his vision of Wells’ Martians. Entirely unsolicited, Corrêa took his drawings to London and showed them to Wells, who was so impressed with the artwork that he invited Corrêa to illustrate the upcoming French edition of The War of Worlds being produced by Belgian publisher L. Vandamme. He spent two years working on the illustrations; Wells loved them and when in 1906 Vandamme published the large-format luxury illustrated French edition, each of the 500 copies was signed by Corrêa. Wells would say of the illustrations, ‘Alvim Corrêa did more for my work with his brush than I with my pen’. 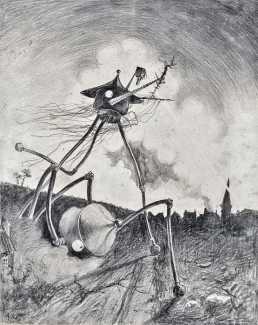 Before he had completed the illustrations, he was diagnosed with tuberculosis, and during 1905 spent several months in Switzerland where he had surgery in the vain attempt to stop the illness that was laying waste to his lungs. He recovered from the surgery, but his powerful drive could not overcome the tuberculosis. He had to slow down his hectic work schedule, but continued to produce original and disturbing art, including Visions érotiques in 1908. Two years later he was dead, a tragic end to a uniquely creative talent. 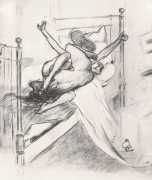 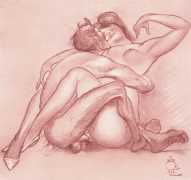 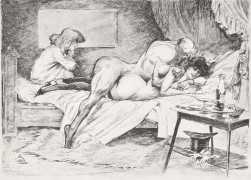 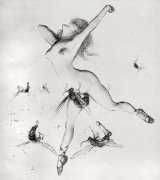 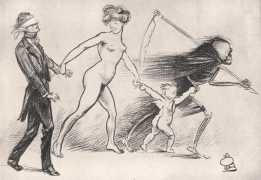 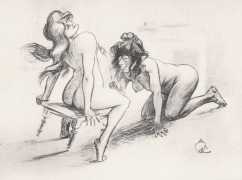 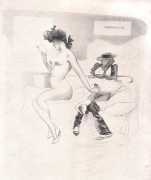 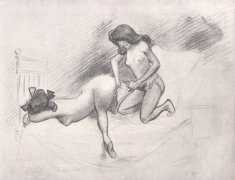