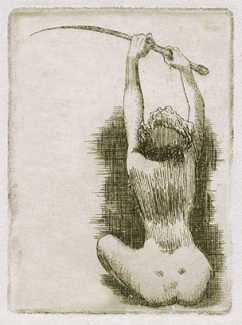 Nobody knows who the mysterious Jer. Bar. de Lapin is, or exactly where and when the artistically accomplished and psychologically disturbing portfolio of etchings they produced was published. If there are any clues in the pseudonym, it might be the juxtaposition of Jer(emiah), Bar(tholemew), and Lapin, French for rabbit. Jeremiah is traditionally associated with mournful lamenting, Bartholemew (from the Hebrew ‘son of the furrow’) with manual labour, and rabbits with zealous breeding, so ‘mournfully lamenting the manual labour of zealous sex’ is maybe the closest we shall ever get to their true identity. Given the male angst of many of the prints, we can probably safely say that the artist was of the masculine persuasion.

Whatever the truth of de Lapin’s identity, they were certainly skilled in the art of printmaking. 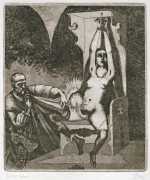 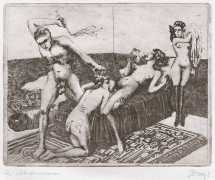 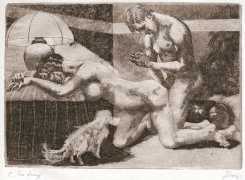 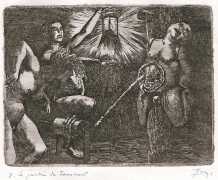 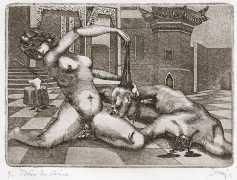 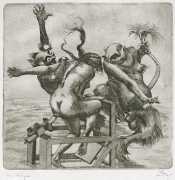 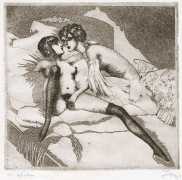 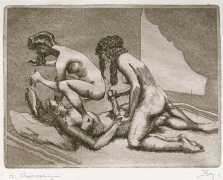 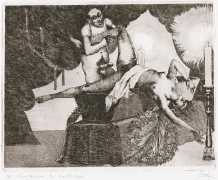 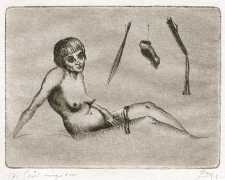