Jean-Louis-Marcel Cosson, who grew up in Bordeaux and studied art in Paris, is one of the many almost-forgotten painters usually labelled as ‘genre’, a slightly derogatory term suggesting that they were only of mediocre talent, and concentrated on easily-saleable works of everyday life portraying ordinary people engaged in common activities.

We know nothing of his personal life in Paris, where he lived and worked for half a century, but his rather childlike, simplistic paintings of the opera, the ballet, the theatre and the circus, as well as scenes of everyday city life in the city’s cafes and bars, have an engaging charm, and are full of life and colour.

Cosson first exhibited in Paris at the Salon des Artistes Français, of which he became a member – he received an honourable mention in 1901 and a third-place medal in 1911. He also exhibited at the Salon de la Société Nationale des Beaux-Arts and the Salon des Tuileries. 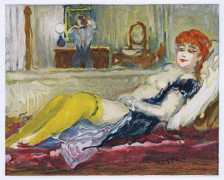 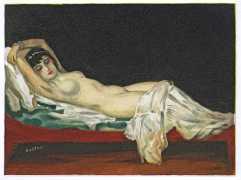 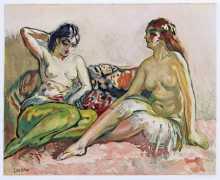 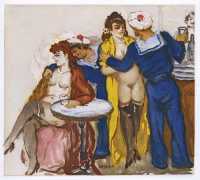