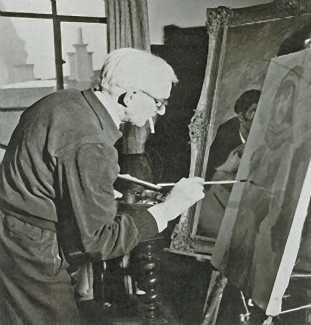 In the year her son Marcel René was born, Alice Herrfeldt married the Hungarian opera singer Alexander Klein, and the family moved to Munich. Marcel began his artistic training at the School of Applied Arts, and although there is no record of the fact he always maintained that he had also been a student at the prestigious Munich Academy of Fine Arts. After serving as an Austro-Hungarian reserve officer in World War I, he set himself up as a full-time artist in 1920 with a studio in the upmarket Schwabing district of Munich. He also added the ‘von’ to appeal to his discerning clientele.

The works of the acclaimed Munich painter Franz von Stuck, especially his allegorical works including naked women like Die Sünde (The Sin) of 1893, shaped the young Herrfeldt. Herrfeldt’s first exhibition in 1921 in Munich’s Glaspalast was highly successful, the centrepiece being the sensational lifesize nude Die Sklavin (The Slave Girl).

In 1931 he married Germaine, a poet and author who also regularly modelled for him. They had no children.

In September 2020 almost a hundred works from the private collection of the artist’s estate came to auction in Düsseldorf, where the high prices achieved showed that von Herrfeldt’s style of idealised beauty still had a considerable number of devotees. 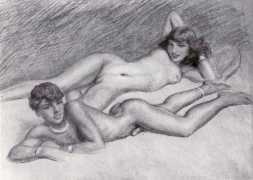 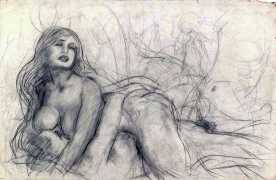 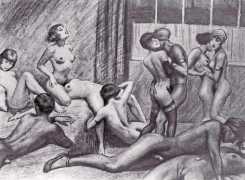 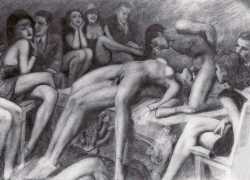 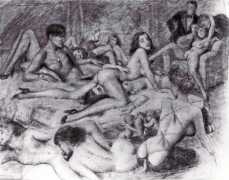 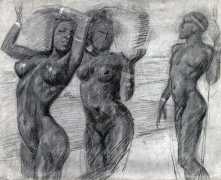 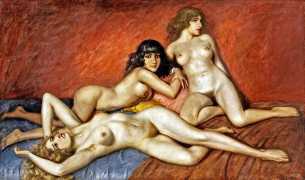 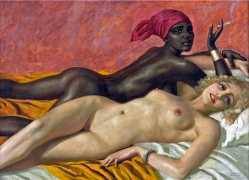 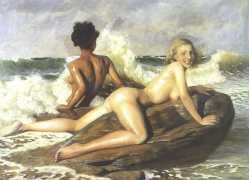 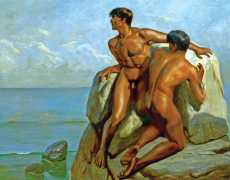 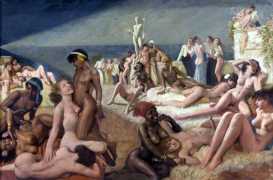